The Bold and the Beautiful Spoilers: Kelly Kruger’s Character Eva Takes Over Lead Role From Hope After Kim Matula Leaves? 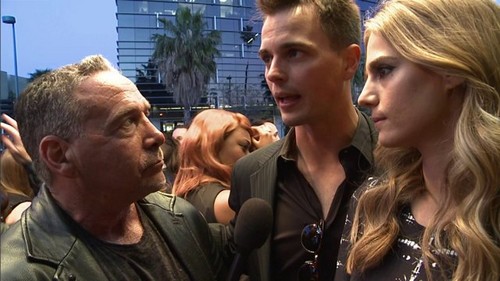 The Bold and the Beautiful spoilers tease that this week soap actress Kelly Kruger will make another guest appearance in Amsterdam, where her character Eva is working as Forrester Creations International Publicist. Kelly Kruger is no newbie to soap fans, the actress played the part of Mackenzie Browning on The Young and the Restless. However, you may also recognize her because of the fact that she is Wyatt portrayer Darin Brooks’s fiancée.

Bold and the Beautiful rumors claiming Kim Matula was quitting the CBS soap were recently confirmed, and Matula has already filmed her finale scenes, meaning that Hope Logan will exit in about a month. Rumor has it that TPTB at Bold and the Beautiful have no intention of recasting the part of Hope Logan, which leads us to wonder, who will be Wyatt’s new love interest? So far, there is no news on any new characters headed to the CBS soap, which means there will be a major gap to fill in the cast once Hope is gone.

We can’t help but wonder if the reason they are not recasting Hope Logan and haven’t cast a new female lead is because they are considering boosting Kelly Kruger from recurring character to a contract role. If you think about it, it’s actually quite perfect. Kruger is already familiar with the cast, crew, and storylines because her fiancée Darin has a leading role. And there is no doubt in our minds that Kruger and Brooks could share some amazing on-screen chemistry. Kruger’s character, Eva, is already on the canvas, maybe she could just follow Wyatt and Hope and the rest of the B&B characters back to Forrester Creations.

What do you think, B&B fans? Would you like to see Kelly Kruger promoted to leading lady? Do you think TPTB are considering it and that is why they haven’t hired a new character or considered a Hope Logan recast? Let us know what you think in the comments below and don’t forget to check CDL tomorrow for more Bold and the Beautiful spoilers and news.