The Bold and the Beautiful Spoilers: Hope Chooses For Baby’s Sake – Liam Gives Up – Wyatt Denies Quinn’s Significance in Marriage 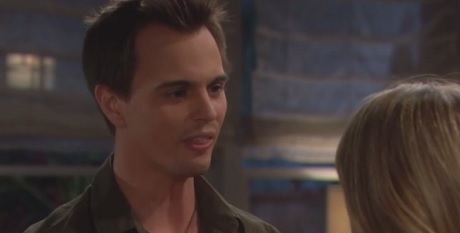 When The Bold and the Beautiful spoilers first revealed that Hope Logan was pregnant, we all knew the fall out of the revelation would be huge. Hope confessed to Liam that he is the one that she truly wants to be with, but since she is now pregnant with Wyatt’s baby, she is going to remain married to him because she thinks it is what is best for the baby. And, according to Bold and the Beautiful spoilers for Wednesday, September 24, Wyatt is determined to convince his bride that they are meant to be together.

A Bold and the Beautiful spoilers video reveals that Liam has apparently given up on his relationship with Hope, and he announces that “Any chance that me and Hope had was gone before Charlie and Pam ever showed me that video.” Meanwhile, a desperate Wyatt tries to convince Hope that he is the man for her despite the recent revelations about his mother’s meddling in Paris. In the September 24 Bold and the Beautiful spoiler video, Wyatt reasons to Hope, “We are together for a reason, and it has nothing to do with my mother or Liam.”

It looks like Liam and Hope might really be over for good, or for a while anyways. But, why would Wyatt want to be with someone who is clearly more in love with his brother? If Hope truly cared about Wyatt, then he wouldn’t have to try to convince her to stay with him, regardless of what Liam or Quinn did in Paris. What do you think B&B fans, are Hope and Liam over for good? Has Liam really given up on winning Hope back? Are you Team Wyatt or Team Liam? Let us know what you think in the comments below and don’t forget to check CDL tomorrow for more BB spoilers.

Fans at Soap Opera Spy Facebook page have thoughts about the current state of affairs:

I guess u forgot how Liam choose Steffy over Hope for his own baby.. Hypocrite Liam. smh

Why do either of these guys want Hope? She is not ready for a commitment, a monogamous relationship, and the last thing she needs is a baby!!!!

Can’t stand Liam, beyond that I don’t care. Recast him or make him go away.

Want Hope to be with Liam. Wyatt should let Hope go free and be with Liam. The ONLY reason Hope is staying with Wyatt is because of the baby.She thinks she can “learn” to have a life with Wyatt. In real life, this NEVER happens.

Sick of Liam. Wyatt is much better for Hope he is loyal n always puts her first.

Maybe it’s time for Liam to move on. This entire scenario is getting quite stale . Wyatt is immature but at least he won’t leave her.

Stupid writers. Hope and Liam are supposed to be together. This is annoying. I hate Wyatt and his crazy Mother. If you have to BEG someone to stay married to you maybe they AREN’T the person you should be married to. DUH!

Wyatt has always known he was second chose ..why he had to always put Liam down .. Why would he want to be I have no idea but he does..Im a Lope fan forever and it will happen… KM said they had slept together so just maybe this is Liams baby will just have to wait and see.

Liam’s baby n he wanted to get rid of it or did u not see that part. How wrong was that????

Your right that was wrong but he came around and knew he shouldnt have did you not see that.

Seems we have fans and detractors on all sides of the love triangle – no surprise here – if the story was 100% one-sided we wouldn’t have a good show!