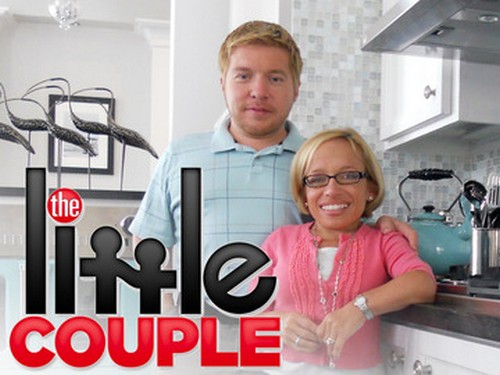 Tonight on TLC The Little Couple continues with a new episode called, “Our First Christmas.”  If you have never watched the show before the series  features Bill Klein and Jennifer Arnold, who both have dwarfism.  They moved from New York, after Arnold completed her pediatric residency and masters of medical education at University of Pittsburgh Medical Center.

The series is already in its sixth season and on this season which premiered on March 4, 2014, it features Jen’s cancer treatment, Will’s fourth birthday, baptisms, the holiday season, and Jen’s 40th birthday.  Jen recently announced her cancer is in remission.  She’s hesitant to say she is cancer free but she’s doing great and everything is moving in the right direction.

On tonight’s episode it’s Christmas time in The Little Couple household and this year the holiday has more significance than ever. It’s Bill and Jen’s first holiday as parents and they’re eager to make new memories.

Tonight’s episode is going to be great and you won’t want to miss it, so be sure to tune in for our coverage of the show tonight at 10 PM EST! While you wait for our recap hit the comments and let us know what you think of The Little Couple season 6, so far.

Tonight’s episode begins with Jen and Bill hanging at home with the kids. It is the family’s first Christmas together, and adopted children Will and Zoey are excited. Jen has been receiving chemotherapy, but has a break right before Christmas so she’s happy that she’ll at least feel a little better than she’d planned.

Bill shares that he and Jen were told that Zoey was very moody. Bill says that they are beginning to see this in her personality. Bill and Will attempt to put together a train to go under their tree. The kids leave to the kitchen with Jen to eat while Bill continues to try to get the train working. Finally, he gets it and the kids share in the excitement with Bill. Jen breaks out stockings for Will and Zoey that are complete with their names sewn on. Jen realizes that the stockings she and Will had, had their names, Jen and Bill, on them. Jen decided that they needed stockings that read, more appropriately, Mom and Dad. She took down the old and added the new, and now their chimney is complete. Shortly after, Zoey is sitting near the fireplace and accidentally slips back and hits her head on the granite. She begins to cry and mom and dad comfort her when they notice she is bleeding. Good thing her mom is a doctor!

At first look, they plan to take her to the ER as she is bleeding quite a bit. After a more careful examination of the cut, Jen decides that she may try to clean the cut and bandage her at home.

The next day, Jen feels bad that the family hasn’t been doing too many fun holiday activities because of her treatments, so she decides they should take the kids to a neighborhood known for their holiday spirit and hayrides. Bill isn’t too thrilled about the hayride, but agrees. They get a hayride through the well-lit neighborhood. Will gets a little antsy during the ride and starts to cry.

Jen and Bill arrange to have “Santa” (Jen’s dad) come to visit the kids. Will gets excited and starts clapping as he looks at Santa in amazement. Zoey looks a little suspicious and doesn’t seem to sure about him. She starts looking at him with complete fear after he approaches her. She begins screaming and it is apparent…she does not like this Santa guy. Will, on the other hand, is hamming it up with Santa, taking pictures and accepting all the gifts he brought. After Zoey calms down, Bill brings her back by Santa for a picture and she begins to scream again. But…Bill got his picture. Jen sits on his lap next as a joke and shares that she wants a beach house. She then takes a selfie with Santa.

Later Jen’s parents (Santa suit has been put away) take the kids up to bed while Jen gives Bill his gift outside…a really nice large tool chest. Bill then gives Jen her gift, a starfish necklace. It is symbolic of their sea-themed wedding and Jen loves it.

The next day is back to reality. It is the day after Christmas and Jen has to go in for a 24 hour stay for a treatment. Jen’s mom comes to watch the kids. They get everything ready for the overnight hospital stay and head out. Bill makes sure she is comfortable before he leaves to get back to the kids. He wishes he could stay with her. Jen just tries to rest to get through her treatment. Bill decides to take the kids and bring dinner to Jennifer. Bill struggles to get Will and Zoey ready. Finally, after a lot of work, he gets the kids ready and out the door to go see their mommy.

They arrive at the hospital and Jen definitely cheers up when she sees her family. The kids plop on the bed with Jen and begin eating with their mom. Bill and Jen talk about their attention span and the fact that their kids are great for a while and then get bored like other children their ages. Bill gets the kids ready to go and they all say goodbye to Jen. Bill is hopeful that Jen wakes up in the morning feeling better. What a sweet family they are!