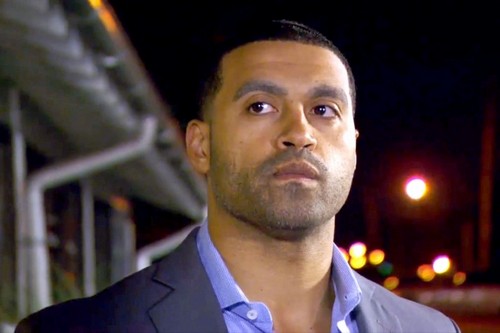 Tonight on Bravo, The Real Housewives of Atlanta Season 7 continues with an all new November 16, season 7 episode 2 called “No Moore Apollogies.” On tonight’s episode, Kandi Burruss tries to please her mother by buying her a house. Meanwhile, tension between Phaedra Parks and Apollo continues; NeNe Leakes gears up for opening night in Las Vegas; and Cynthia Bailey hosts a party, where Apollo breaks stunning news.

On the last episode, Phaedra Parks and Apollo Nida experienced an emotionally draining day as he prepared to face his day in court and receive his sentence from the judge. After returning from a whirlwind vacation, Kenya Moore attempted to pick up the pieces in the aftermath of her dispute with Porsha Williams. Now free of NeNe Leakes, Cynthia Bailey resolved to take both her business and personal life to the next level. NeNe took a break from Atlanta and headed to Vegas where she was busy rehearsing for“Zumanity,” Cirque du Soleil’s sexy, risqué show. Still glowing from wedding bliss, Kandi Burress began to wonder if Todd’s laid back parenting style would cause a rift as they prepared for his daughter, Kaela, to come live with them. Did you watch the last episode? If you missed it we have a full and detailed recap, right here for you.

On tonight’s episode as per Bravo’s synopsis, “Still trying to please her mother, Kandi decides to buy her a new house down the street, but Mama Joyce is up to her old tricks. Meanwhile, Apollo shows up to Ayden’s dentist appointment, which catches Phaedra off guard as the extreme tension between her and Apollo continues. It’s opening night for NeNe in Vegas, and the nerves are starting to kick in. Meanwhile, Cynthia celebrates her new-found sexiness with a fabulous party, purposely leaving some of the ladies off the guest list. While the party is in full swing, Apollo shows up and drops a bomb that leaves everyone but Kenya in disbelief.”

On last week’s episode, Phaedra got a lot of flak for agreeing to split from her husband when the sad truth is he was the one that first mentioned it. But just because she agreed to the split which again was his idea doesn’t mean she’s become one of those bitter and hostile women – Apollo can still his sons. In fact he and Phaedra have even worked out a cordial arrangement between themselves.

And so he does have the opportunity to spend as much time with his sons as he can before he goes to prison. Though, his relationship with his wife (when not focus on their kids) is frosty at best. Phaedra claims she’s falling back on her old southern charm when dealing with her erstwhile husband. Meaning she’ll only speak to him on neutral matters and she makes sure to keep a smile on her face at all times (even if it hurts).

Yet (and here’s the dilemma) she’s being coldly polite to him and from all appearances – Apollo seems like he’s already regretting throwing in the divorce card. He looks like a lost puppy! So (and don’t ask me how) that makes Phaedra look bad.

With the way things stand between Apollo and Phaedra, Cynthia and Peter were seriously second guessing their decisions on who’d they invite to a small gathering. You know how much Cynthia and Peter love throwing themselves a good party. But people like Porsha and Nene were automatically ruled out because of their mouths (they both badmouthed Cynthia on Watch What Happens Live with Andy Cohen). And less we forget, Peter is still pretty good friends with Apollo.

If Apollo comes then its most likely Phaedra won’t come. And the same goes for Kenya’s friend Brandon. Brandon and Apollo had gotten into a fight last season and it’s probably best that they give each other as much room as possible. However Kenya needs Brandon by her side. Especially if she’s going to Cynthia’s party.

Kenya’s relationship with the other women is tense. Except for Cynthia, no one appears to like her and so she wants to bring her own enforcements wherever she goes. But Brandon doesn’t love her that much to put up with Apollo for a couple of hours.

Though the party turned out not to be the worse for wear in spite of the absences. Apollo had told his boys he was coming so that meant Brandon didn’t come and neither did Phaedra. And in any other case that would have meant the party was going to be a drama free zone – yet there was still drama and surprisingly it came from Kandi.

Kandi instantly went in on the questions when she hadn’t seen Kenya since the reunion show. She asked about Porsha and she wanted to know why.

Kenya called the police. And Kenya didn’t exactly feel like she wanted to be hosting a Q&A at someone else’s event. So she kept trying to turn the conversations back to Cynthia who was looking great for her age and who had just finished a spread for Ebony magazine. Something they all wish they could do.

But when Kandi wasn’t throwing pointed questions, Apollo was finally arriving at the even albeit fashionably late.

Kenya and her friend quickly made an exit when Apollo showed up. Yet (and here’s the kicker) she would have stuck around if she knew Apollo was going to being speaking about his wife. Apollo has lost all interest in respecting his wife and so he doesn’t care about what he says. About his marriage or about his wife.

But Apollo later followed Kenya out to the parking lot. She was waiting on her car and he wanted to apologize to her before she left. It looks like Apollo is one big fat liar. And he’s been one all along. He apologized to Kenya for lying about her when he told his wife Kenya had offered him head. The when he attempt apologize for other things – Kenya asked him to be specific in his apology.

So he said sorry about when he told everyone he had seen Kenya in LA. Apparently the entire incident where she allegedly followed him around trying to sleep with him never happened.