The Real Housewives of Atlanta LIVE RECAP 3/30/14: Season 6 Episode 20 “With Friends Like These” 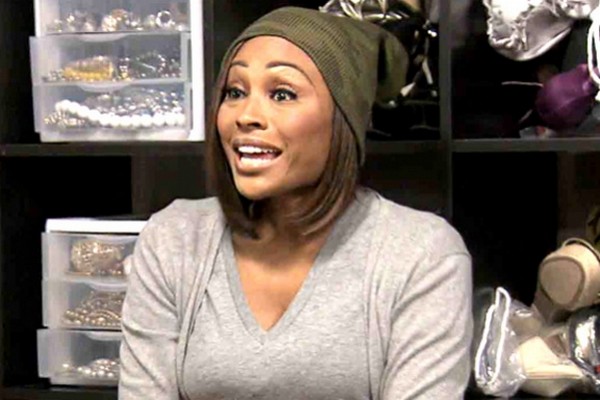 There is so much craziness happening right now on The Real Housewives of Atlanta that it’s almost tough to keep track of who is fighting and all of the reasons why! The show is back tonight with an episode called  “With Friends Like These” and on tonight’s episode Peter, Gregg, and NeNe’s explosive confrontation leaves the entire group in shock and dismay.

On last week’s episode as their Mexican vacation continued, Phaedra discovered Apollo having a private post-midnight moment with Kenya and confronted them. Apollo made a surprising decision on whether to stand by his wife. In her continued quest to clear the air with the group, Kenya decided to “re-do” NeNe’s messy Pillow Talk event, and stunning opinions on cheating come to light. As the men retreat for some quality time alone, Gregg revealed a grudge he’s been quietly holding against Peter — causing a shocking confrontation. Once the women joined the fray, NeNe enters into another heated argument with Peter.

On tonight’s show Peter, Gregg, and NeNe’s explosive confrontation in Mexico continues to escalate, leaving the entire group in shock and dismay. Kenya meets with Marlo to dish the dirt post-Mexico. Kandi begins to wonder if casting Porsha in the musical was the best decision after all.

Meanwhile we’ve all heard about the knock-down drag-out fight between Kenya and Porsha last week – the fallout is massive and there will be trouble, if not more blood. Of course this episode we are recapping tonight was filmed before the fight but nevertheless we can watch and look for antecedents that led to the brawl.

When last we saw them the fight between Greg and Peter had gotten so out of control that their wives were forced to get involved. Sadly though this did nothing to help save their friendship because once Nene starts going off at the mouth then it becomes pretty hard stopping her. Just ask Marlo!

Anyways, the gist is Nene called Peter a bitch. Technically, she was saying he was acting like a little bitch, but Peter probably won’t be thinking about the technicalities seeing as she crossed the line and called out his manhood in a room full of both friends and enemies. So either he’s going to be really hurt by this or he’s going to trying and diffuse the situation.

What Peter chose to do was get upset. Who knew he was that sensitive to name-calling?!?! This left his wife to try and act like a peacemaker. Cynthia wanted to get the guys back on common ground however she couldn’t stop Nene from continuing to act out. Yes, act out as in a child’s tantrum.

Nene was rolling her eyes and just truly laughing at Cynthia’s attempts even while Peter was attempting to tell her how upset he was that she called him out of his name. He’s never done that to her and Peter claims that he never would do that to anyone. And he does have a point there – if this is an adult argument then why result back into name-calling?

She said sorry and it sounded more like she was making a concession rather than actually apologizing. So it really didn’t heal anything. The two couples walked away with nothing resolved which could only mean that they’re taking their baggage with them back to Atlanta.

Speaking of baggage. Where does Porsha come off making demands in her contract with Kandi? Kandi and her assistant are reading over what Porsha’s lawyer had written into her contract and they feel like it’s too much. Some might say it’s diva behavior, but what Porsha and the celebrity lawyer she hired need to remember is that she’s still starting out. Or in other words she hasn’t earned her place yet to start making demands.

The fight between Nene/ Peter/Cynthia and Greg has escalated to the point that Cynthia doesn’t even want to be friends with her former BFF. She simply can’t get over Nene calling her husband a bitch, but at the same her reaction is a little bit too little too late. The time for saying something was when they were back in Mexico and though it’s nice that she’s thinking about speaking up now that doesn’t change the fact that she didn’t check Nene when Peter needed her to.

What Nene did was uncalled for then and there. But hiding from her won’t change things. The two ladies have been ignoring each so far and neither of them feels like they should back down. Nene still thinks Peter was acting like a bitch and the whole point of the argument carries on flying right over Cynthia’s head. Come on Cynthia – calling Gregg a bitch is the best you can come up with?!

The name calling wasn’t the main issue. It was the fact that Nene felt she could insult Peter and have his wife not say anything in his defense was the problem.

Everyone else has moved on from the Mexico trip except those four. Kandi had time enough to take time off from planning her play to visit her old high school. She and other famous returnees came back for a special ceremony honoring students that have stood out.

While Kenya has signed up for special training. She was given a realistic baby doll to help prepare her for motherhood. She has to take care of the doll for a week, but first the thing she needs to work on is her dog’s jealousy. Every time she turns around the dog is showing her displeasure at being replaced and if that’s how she is with a toy then what will it be like with a real baby?

Porsha says she knows what’s important – like getting the contract agreed to by both sides. Although no one could tell by her actions. Porsha won’t come to rehearsals until her lawyer gives her the all clear, but that also means that she missing out and on top of that she’s asking for extra days off. If this is a bargaining tactic then it needs more work!

Porsha can’t be asking for more days off to only then be seen later at the clubs. It looks unprofessional.

When the troublesome foursome finally sat down together it felt awkward. Cynthia said it felt like a first date and Nene held off ordering any food in case someone got angry enough to leave early.

Nene was sorry about the words she used (she had said so in Mexico) yet she felt like Peter was acting like a bitch in that moment. Cynthia though makes it clear that they should just leave that word out. “Bitch” has a lot of strings attached and once they dropped that word from their conversation then it became easier to hear where Nene was coming from.

Nene admitted she was in the wrong and the guys were able to make peace. And so they agreed to let bygones be bygones. Although this conversation is bound to pop back up in the reunion show. We’ll see!