BY Kristine Francis on June 1, 2014 | Comments: one comment
Related : Uncategorized 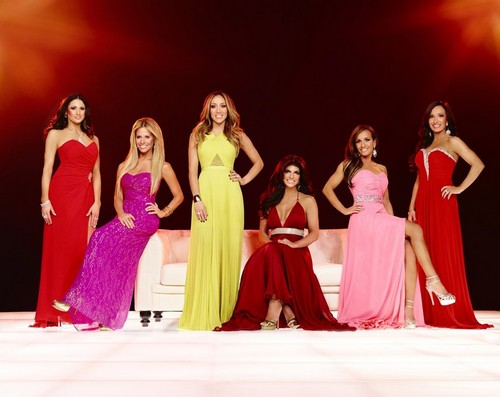 Tonight on BRAVO our favorite Housewife show THE REAL HOUSEWIVES OF NEW JERSEY airs with a special preview episode before the premiere of season 6 called, “Special Preview .”  On tonight’s episode, Teresa and her husband, Joe, fight to keep their family intact as they embark on a very public legal battle for their freedom. Teresa’s oldest friend and veteran Housewife, Dina, returns to help her soul-sister, but ends up revealing her own private pain.

On the last season’s finale Bravo Media served up never-before-seen footage of everyone’s favorite Garden State ladies in a two-part “The Real Housewives of New Jersey Tell All.” From extravagant events to several bizarre antics, you don’t want to miss the lost footage from the past season.  If you missed it don’t worry we have you covered with a full and detailed recap, right here for you.

On tonight’s show we’ll be getting a special preview showing what we should expect with the upcoming new awaited season 6 of our favorite Housewives, The Real Housewives of New Jersey.

Tonight’s episode is going to be filled with more crazy Housewife drama that you won’t want to miss, so be sure to tune in for our live coverage of the show tonight at 8 PM EST! While you wait for our recap hit the comments and let us know how excited you are about season 6 of The Real Housewives of New Jersey!

Here’s what to expect on the upcoming season of Real Housewives Of New Jersey – the usual drama between the ladies, a court trial, and Dina Manzo’s return. Sounds like it can be quickly wrapped up but in truth this season isn’t going to be like any other.

Part of the problem with Teresa Giudice being in the public eye is that her recent legal troubles have gotten the same amount of camera time as her show on Bravo. There is no truly way to hide from it and with four kids it’s hard to remain positive while thinking either she or her husband are going to miss a huge part of their lives. Which leads to Teresa wanting to at least pretend around them that everything is okay yet her oldest is old enough to watch TV.

Teresa and her husband are all over the news. Her brother and his wife, Melissa, can’t even hide from it and they’re honestly trying to. There have been problems between all of them in the past, but they appear to put that behind them and finally start acting like a real family. So Joe and Teresa aren’t secretly enjoying this downfall as you might call it. It’s not karma to them. It’s just a pretty bad situation.

And on top of family getting back together, there’s added drama provided by new housewives. One of the new additions, Amber Marchese, seems like a pretty calm and collected sort of person. However first impressions can be deceiving. You only think she’ll be a level headed housewife until you realize she’s going into the show with history. She has a past with another housewife.

Amber and Melissa used to be good friends. They knew each other in their twenties and then lost contact soon after Melissa got married. Amber said it was because they went down different paths at the time. They both wanted to become successful though Amber wanted to do it by going to school and according to Amber Melissa wanted to do it by marrying a rich man which she did. And though they had lost contact for a number of years – Amber questioned Melissa on why she couldn’t be a good enough friend to call her during her cancer treatment. As if Melissa telepathically knew the other woman was sick.

We’re still at promos and she’s already getting shady.

Dina is returning to the show this season as well. She wanted to be there to support Teresa through this hard time and it looks like she’s willing to be an asset and not make an ass of herself (more will be explained later). She’s there to be a cheerleader and move on from her own split so you would think she wouldn’t have that much time for others, but even she knows something is off with Amber.

Amber is going to be in a fight with almost everyone. Every season needs a villain and Any Cohen might have picked her with that in mind. Hands down she’s going to be the woman that the rest of them will slowly come to hate and she will also have no one else to blame other than herself. The other new housewives – the twins Teresa and Nicole – are a bit wild and kind of rowdy yet they don’t like Amber either. They got off on the wrong foot with her and were never able to make up.

Why? Because Amber is trouble. She and her family look all clean cut and still her husband runs into problems with the other men. He actually works with the prosecutor that’s on Teresa and Joe’s case. So the couple isn’t going to want him around as a daily reminder of everything they fear.

Though that wasn’t what started the problems between him and the Giudices. It was his mouth that got him into trouble. He was overheard badmouthing someone. And that led to Joe Gorga (Teresa’s brother) forcibly evicted from a house.

The Marcheses sounds cray-cray! Now the only question left is will they beat out Kenya’s latest stint on the Atlanta version?