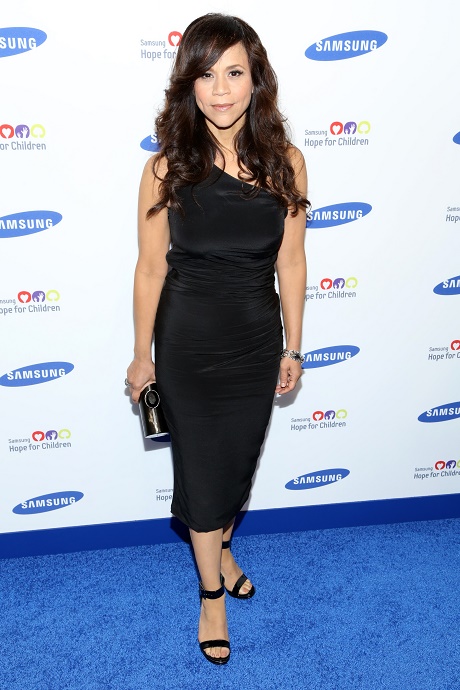 It’s official. Actress Rosie Perez and conservative commentator Nicolle Wallace are the new permanent co-hosts on The View. They will be joining Whoopi Goldberg and Rosie O’Donnell for the shows 18th season. Congratulations to them, but the addition of Rosie P., Nicolle, and even Rose O. has left me a little disappointed.

This will be Rosie O’Donnell’s second time at the table. She first joined the show in 2006 and lasted only one season. And boy was it an interesting, tumultuous season. Rosie shook everything up at The View and ushered the show into a new era. The show became more political, the discussions more spirited, and most importantly, she introduced audience giveaways.

Every time she spoke, controversy followed. She was strongly against the Bush Administration and the wars in Iraq and Afghanistan. She attacked the Catholic Church, offended people of Chinese ancestry, and found herself in public feuds with Kelly Ripa and Donald Trump. Her liberal views always led to arguments with conservative co-host Elisabeth Hasselbeck, which led to the now infamous split-screen argument about the Iraqi war. These are just a few of the squabbles Rosie encountered during her brief stint on the show.

Although Rosie was ratings gold for the talk show, the panel format never seemed like the right fit for her. Rosie hosted her own solo talk show for six years. The show was very successful and won several Emmys, including five for Outstanding Talk Show and six for Outstanding Talk Show Host. It’s hard hosting and producing your own show and then sitting on a panel. It’s like Beyonce rejoining Destiny’s Child or Justin Timberlake rejoining ‘N SYNC. It just doesn’t work. ABC execs should not have asked her back. Not because of her views, but because it’s not the right spot for her.

The revamped “View” is taking the show in a more serious/political direction. Sherri Shepherd and Jenny McCarthy were both fired because it was believed ABC execs wanted two conservative co-hosts to join the panel to balance with Roise O’Donnell and Whoopi.

Rosie Perez is an Academy Award nominated actress. She is smart, funny, feisty, outspoken, and I love her. However, her political views are also liberal. She heavily criticized Mitt Romney during the 2012 election and campaigned for Obama. President Obama also appointed her to The Presidential Advisory Council on HIV/AIDS in 2012.

Nicolle Wallace will solely fill the conservative spot just as Elisabeth did. Hopefully she will do a better job. Elisabeth never had an authentic opinion. She only regurgitated information she was spoon-fed by the Republican Party and Fox News. She also struggled to get any point across during heated debates.

Nicolle was the communications chief during the Bush Administration and was a senior advisor during the McCain-Palin campaign in 2008. Republicans and conservative viewers will most likely not like her as the conservative voice on the show due to her public criticism of Sarah Palin during the campaign trail.

However, this is not why I am dissatisfied with this choice. Nicolle guest co-hosted on “The View” a few months ago and she didn’t “pop” on camera. Nothing stood out about her. She didn’t add anything special to the discussion, nor did she take away the energy from the show. She was just there.

I don’t think she is as outspoken and fiery as Sarah Paulson portrayed her in the HBO drama, “Game Change.” I honestly doubt she will challenge Rosie O., Whoopi, and presumably Rosie P. during any political discussion. She will probably retreat and give up without truly fighting for her view.

Politics is not my thing. I am actually a registered Independent voter and tend to vote on the liberal side. However, I do feel the conservative voice should be presented accurately on the show. It’s the whole point of the show. I was hoping for two conservative co-hosts to fill the empty spots, along with a neutral journalist to replace Barbara Walters.

There were several competent contenders. Meghan McCain has actually been my top choice since the 2008 election. She represents the young Republican voice and would have fit perfectly around the table (along with another 20/30 year old co-host). S.E. Cupp, Abby Huntsman, Juliet Huddy, Sage Steele, and Sunny Hostin would have all been better choices to replace Sherri and Jenny.

Diane Sawyer would also be a perfect replacement for Barbara. She’s an ABC News journalist and just stepped down from anchoring ABC World News Tonight.

And while I’m at it, Whoopi can go too. I love Whoopi Goldberg, but she is so over hosting this show. Sometimes, she checks out before the first Hot Topic segment is even over. I always felt she intended to take this gig for a few seasons, stay in one place for a while, and earn some easy money. However, she’s remained the moderator for seven years. The daily talk show prevents her from doing what she does best: stand-up comedy and starring in movies.

The View was perfect when Whoopi, Barbara, Elisabeth, Sherri, and Joy Behar all sat at the table. Sure, Sherri was sometimes simple minded and Elisabeth could have articulated her argument better (or had another conservative co-host to back her up), but the chemistry was finally there. This group even won the show’s first and only Emmy for Outstanding Talk Show Host even though they have been nominated in the category every year since 1998.

The new season premiers on Sept. 15 and I will be watching to see how the new cast works out. My expectations are low but maybe they will surprise me. What do you think of the Nicolle Wallace and Rosie Perez joining the show? Join the conversation and leave a comment.