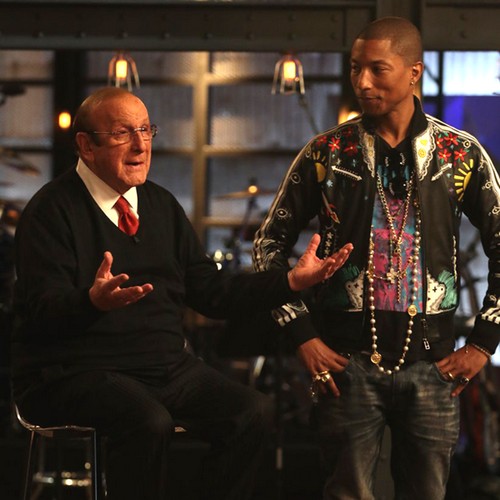 Tonight on NBC the Emmy award winning music competition The Voice continues with an all new Monday November 24, season 7 episode 20 called, “Live Top 10 Performances,” and we have your weekly recap below.  On tonight’s episode, the top 10 artists perform.

On the last episode America voted to eliminate two artists and the remaining 10 moved on to the next phase of the competition. The competition was really heating up as we got closer to the finale and the artists brought their A game.  Carson Daly (“Last Call with Carson Daly”) hosted. Did you watch the last episode? If you missed it, we have a full and detailed recap right here for you.

Tonight’s season 7 episode 20 is going to be exciting. We’ll be blogging it right here for you. In the meantime hit up the comments section and tell us your thoughts on season 7 of The Voice and the two new judges, Pharrell Williams and Gwen Stefani.

Kicking off the show is our top 10 performing a Rascal Flatts song on stage, next we have team Adam coming up first with Matt McAndrew; his special guest coach with him is Patrick Stump from Fall Out Boys. Matt always fell into the front man of the band so he’s been working on stage presence for a long time, though he’s glad to work with Adam and Patrick making this his masters course in the subject; he feels so close to finally do music for a living and will give it all he has. Matt is singing “Fix You” by Coldplay.

Blake says Matt is so good and he’ll never hear anything different; he has the whole package. Pharrell says that since the first time since he’s come on stage he knows he should do rock, he’s so impressed by him. Gwen says the song is so incredible and it shows what kind of artist he can be; from the first note she got chills and loved it all. Adam says that he is so proud of him and Blake is right; he can do everything but does it in such a humble way and has surely made Coldplay proud.

Next up is team Gwen who brought in Christina Aguilera to coach Anita Antoinette first, Anita loves being with Gwen and feels like she has grown far more; she was given the song “Let It Go” by Passanger. She had a hard time getting into the song, but once singing it with Gwen she kind of caught on to the flow of it.

Blake says she looked like she had tons of fun, he really enjoyed the new take on the song. Pharrell says that knowing her story how no one turned for her a long time ago and now she’s gone so far; he loves how much fun she is having. Gwen says it was so incredible to watch her up there, she really took over that song and made it something of her own.

Next up is team Adam again with Damien, he tells Damien how proud he is of him with how much he keeps nailing each performance. Damien really wants to move on to make his family proud, he’s singing “You and I” by Stevie Wonder; this is a song Adam would never give to someone unless he knew they could surely do it justice.

Pharrell says his parents must be so proud of him, he gave a performance that blew everyone away. Adam says he’s so happy, he felt the entire audience get on board with this performance; he is beyond proud of him.

Next up is Raegan Jame from team Blake, she is so happy to meet her coach Colby Caillat and is doing “Fancy” by Iggy Azalea; Raegan really wants to make it her own and change the whole sounds to it. Colby and Blake helped her transform it completely.

Adam says that the coolest thing about the performance is the commitment to it, he really enjoyed seeing her take on so much. Blake says he wants people to know and understand that was hard to do; everything about that performance was not even remotely easy at all.

Up next is team Pharrell with Luke Wade, being coached by Diana Ross and Luke is so shocked that she is here to coach him. Luke was upset about slipping up last week and is going to attack another Otis Redding; he’s ready to make up for his mistakes and completely kill it this week.

Gwen says that was very cool, she loved how he worked the stage tonight and he really evolved from the start of the show. Adam says that he’s surely back, he had a rough performance last week but this surely made up for it; he’s so glad to see him thriving again. Pharrell says he did a good job and made him so proud; he exceeded his expectations.

Next up is team Blake with Craig Wayne Boyd and he’s doing “I Walk The Line” by Johnny Cash, Blake knows for sure he can do it and can carry the torch for the next generation of country; he really thinks he’s a heart throb and women love him. Craig and Blake had a friend that they known who’d die a while ago, Craig brought him a necklace that belonged to him for Blake to have. Blake says he had a lucky break and knows this is surely Craig’s chance to find success.

Pharrell says that he remembers when he first came across the stage, he loves how Craig knows who he is as an artist; it’s just so mind blowing. Gwen is so sure that Craig will have a full career after this, he’s just way too good and a true star. Adam says that he is beyond good right now, he is amazing and has improve so much. Blake says he doesn’t have to talk about what happened, it was magic and he did that song so much justice

Next up is Ryan Sill from team Gwen, he is so amazed to have gotten to meet Christina Aguilera and Gwen is going to make sure he doesn’t go back into the bottom three. She gave him the song “Starlight” by Muse, Christina really wants to get him to bring it all out.

Adam says last week was amazing and even did amazing this week, he feels like this process of him finding out who he wants to be has brought his numbers down; but thinks this will bring him right back up. Blake says that he knocked his girl out last week, though this was his best performance yet. Pharrell agrees with Blake and believes he’s improved the most. Gwen says she loves seeing how much he grows and progresses each week; she tried really hard for him to get this song for him and love it so much.

Next up is team Pharrel with Danica Shiery and she could not believe to have met Clive Davis, she sang for him and he loved how vulnerable she sounds. Danica was so amazed to met Diana Ross; Danica could not believe this whole experience this week and is singing “I Have Nothing” by Whitney Houston.

Gwen asks if she could do it again, it was so fun to watch her; she wants her to mess up but just never does. She just keeps getting better. Adam says that with that song she has the chips stacked against her, but she surely did it justice. Blake says that between what she did and what he saw everyone did tonight; he believes this is the best live show he has ever seen. The performances have all be great tonight, the fact she picked that song was amazing. Pharrell says that he can’t believe it, it kills him how since the first beginning she hesitated a bit; but swears after that she has only continued to ascend.

Next up is team Gwen with Taylor John Williams, he walked in and was amazed to see Christina Aguilera; he wants to attack each verse with a different character. He chose “Come Together” by The Beetles. Gwen loves his little take on the song, but wants him truly make it his very own.

Adam says that it’s nice to see the beastly man come out and kicking ass; he’d loved this other side of him and he did the song justice. Blake says that he had a challenge with that song but did it so well. Pharrell says that was one of the craziest performances and he was like a natural rock star performing it. Gwen says that she was so worried, she didn’t want him to do that song; she is so amazed to see that side of him.

The last artist tonight is Chris Jamison from team Adam, Chris was happy to see Patrick there and can’t wait to learn from these two. He’s singing “Uptown Funk” by by Mark Ronson and Bruno Mars, Adam wants him to really perform as an entertainer; being very cocky.

Blake says he felt he did a very good job, the atmosphere was crazy. Pharrell says he can see how bad he wants this, this totally surprised him and took a whole new approach. Gwen says he commanded the stage so naturally, he did an amazing job. Adam says that Bruno Mars is hard to sing, but he was impressed with how unafraid he was to attack this song.