The Voice Recap Top 3 Revealed – Who Will Win? 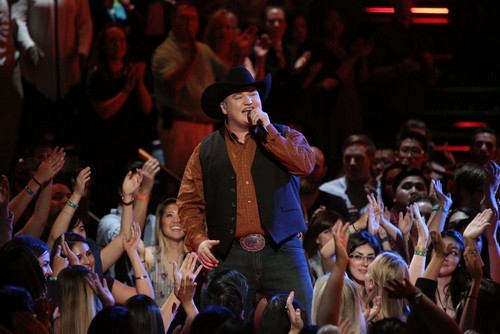 Last night’s The Voice made history for several different reasons, not just for revealing the highly talented top three finalists. Next week holds the Season 6 finale, but it was a tough competition between the semi-finalists last night to land those ultimate three spots.

For one, Team Usher‘s Josh Kaufman became the first contestant to start on one team and end up on another. He initially began with Adam Levine as his coach, but switched to Usher during the battle rounds.

Next, Jake Worthington with Team Blake [Shelton] became the first contestant who was previously rejected but made it all the way to the finale. He previously auditioned for Season 5, but didn’t even receive a single chair turn during that audition. Obviously, he’s done something right this season, and his achievement will go down in The Voice record books.

Then, there was the controversial third choice. Fan favorites Kat Perkins and Kristen Merlin both lost to Christina Grimmie, largely thanks to Christina’s massive fan following on social media and Youtube. Perkins was extremely close to landing the spot, but she failed to earn a ‘Instant Save’ vote, which would have guaranteed her a spot among the finalists. As it was, she, Kristen, and Christina ended up competing for votes, and Team Adam’s Christina won thanks to Twitter.

Several fans are still outraged by this, and they’re saying that Christina only won because she had more fans, not because she gave a better performance than Kat or Kristen.

Regardless, it’ll be one heck of a finale next week, and we’re predicting that it will be a pretty close battle between all three singers. Most experts are predicting that Josh Kaufman will walk away as the winner, but do you guys agree? Let us know your thoughts in the comments below.