The Young and the Restless Michael Muhney Firing Cost 500,000 Viewers According To Latest Numbers 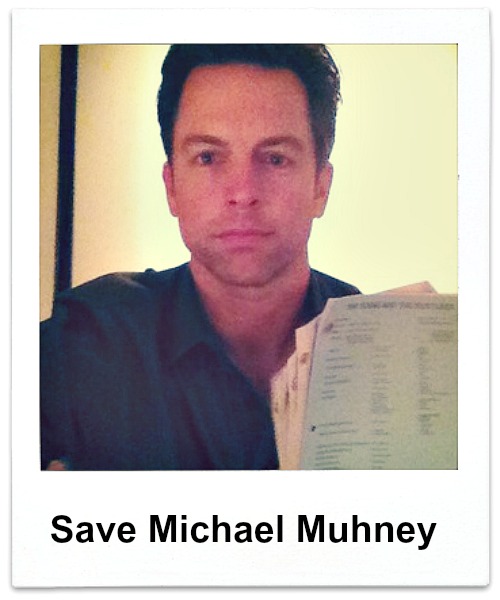 Sometimes people say that they’re going to do something but then when the time comes they back away from it. That definitely doesn’t seem to be the case for the very outspoken former fans of The Young and the Restless that have insisted that they would boycott the show once Michael Muhney’s last scenes aired. In fact many had said that they weren’t wasting any time and certainly weren’t going to wait around and watch his character be chopped and screwed before leaving the canvas completely.

Well the ratings are beginning to roll in and according to the official stats of Television by the Numbers Y&R has lost a lot of viewers already. The show’s ratings for Jan. 13-17th have taken a huge hit and there were 500,000 less viewers now than in the same week exactly one year ago! Half a million people that were tuning in to watch the drama unfolding in Genoa City have tuned out. That’s a huge hit and it’s a number that simply cannot and will not be ignored by the powers-that-be or the advertisers! This is also before the official boycott of the show is set to begin!!

I have said it before and I’ll continue saying it – I really hope that the right people are paying attention here. It shows the power of a strong fan base and it is time that old network heads wake up and realize that internet fan groups really do serve a solid purpose. They can band together to support your project or they can conspire against it and cause serious ruin. There must be some sort of validation in actually seeing the numbers for Muhney’s fans. It shows that all that talk and verbal outrage really did promote some serious action. How many more viewers do you think the show is going to lose in coming weeks? Tell us your thoughts in the comments below or if you love soaps as much as we do, head over to Facebook and join the conversation – dishing daily all the soap opera news.