The Young and the Restless Spoilers: Mariah and Ian Ward Scheme Against Sharon – Nikki Knows Dylan’s Dad is Paul! 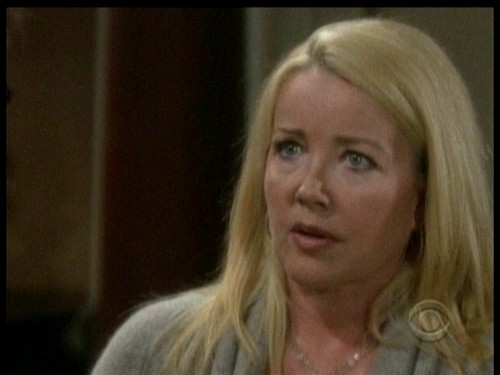 According to The Young and the Restless spoilers for the week of June 15th-20th, Y&R fans can expect tons of drama and a few shocking revelations. The soap will continue to set the stage for the big reveal we all seen coming weeks ago, Dylan McAvoy’s relation to Paul Williams.

Y&R spoilers tease that Paul’s critical condition will cause Nikki to take a trip down memory lane, and recall that she shared a hot and steamy night back in the day around the same time that her son Dylan McAvoy was conceived. Meanwhile, Paul’s brother Father Todd will return to Genoa City to hold vigil at his brother’s bedside and offer support to Christine.

Ian Ward will also make an appearance during the week of June 15th-20th, as he offers some advice to Mariah. The Young and the Restless fans have questioned Mariah’s intentions in Genoa City, and apparently for good reason. Y&R spoilers tease that Ian Ward will encourage Mariah to milk Sharon Newman for all she is worth.

According to The Young and the Restless spoilers, Summer and Austin’s run as Bonnie and Clyde will come to a halt on Monday, June 15th. Once she is safe and sound back in Genoa City, Summer actually has the nerve to ask Avery to defend her new beau Austin.

The Winters Family will also have a dramatic week, Lily’s biggest fear comes to fruition when it is revealed her father Neil is planning to marry Hilary. Devon isn’t ready to let his father marry the woman he loves though, and according to spoilers, he lays it all on the line during the week of June 15th and makes one last ditch attempt to win Hilary over and steal her from Neil.

So Y&R fans, are you as convinced as we are that Paul Williams is Dylan McAvoy’s father? And, what do you think about Mariah and her weird relationship with Ian Ward? Do you think that Nick was right about Mariah all along and she is just using Sharon? Share your thoughts and theories in the comments section below and don’t forget to check CDL tomorrow for more The Young and the Restless spoilers.