The Young and the Restless Spoilers: Will Michael Muhney Get Adam Newman Role Again After Billy Miller Hired as Jason Morgan on GH? 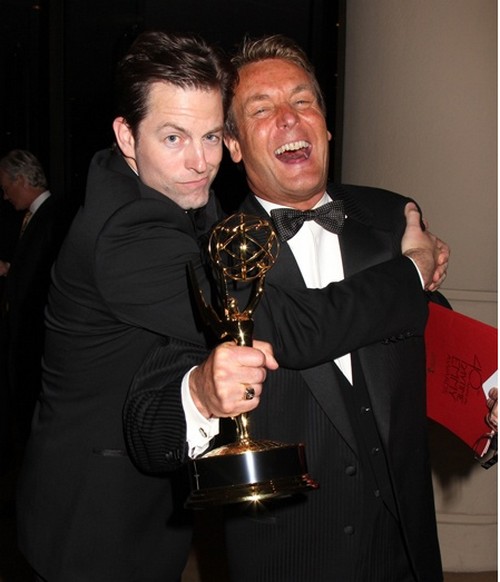 The Michael Muhney rumor mill is working over time this week! Time was running out as not one but two iconic soap opera roles need be filled. Fans seem to be divided as to which one of those roles Michael Muhney should fill. While some of his supporters want him back on The Young and the Restless, a great deal of fans would also like to see him take on the part of Jason Morgan on General Hospital. However as CDL reported recently the word is out that Billy Miller has been cast as Jason Morgan on General Hospital!

Watching Y&R this week with the heartrending scenes of Adam pining for Chelsea and Connor while enemy Billy Abbott spends time them on Father’s Day indicates that it won’t be too long until SOMEONE is cast and we see a face that goes with the hands.Michael Muhney’s diehard fans have been campaigning to have the actor back on The Young and the Restless for months now. Rumors of Muhney being spotted on set of Y&R recently have given fans a sense of hope that their wishes may really be granted. The role of Adam Newman is arguably rightfully Muhney’s, and it is understandable that fans want the actor back on the CBS soap opera. However, if fans were truly loyal of Muhney, then why would they want him thrown back in the lion’s den and on the set of a soap opera that tarnished his reputation alongside co-workers that dragged his name through the mud?

Meanwhile, over on General Hospital, rumors are flying that fan favorite Jason Morgan will be returning the popular soap opera this summer. At first, rumors of Adam Newman being cast as Jason Morgan seemed ridiculous; however, since the rumors erupted Y&R alum Michelle Stafford was secretly cast on GH, making the idea of TPTB at General Hospital picking up Michael Muhney as well seem not so far-fetched. Sure, it’s not Y&R, but at least Muhney would be respected and treated well on the GH set. If the news that Miller is coming on as Jason turns out false then MM would certainly be a popular choice..

So, Muhney supporters, do you believe that Michael has been given back his role of Adam Newman on The Young and the Restless? Or, do you think there is any chance he really could be cast as Jason Morgan on General Hospital? Which role would you rather see Michael Muhney take on if both are available to him? Let us know in the comment section below.