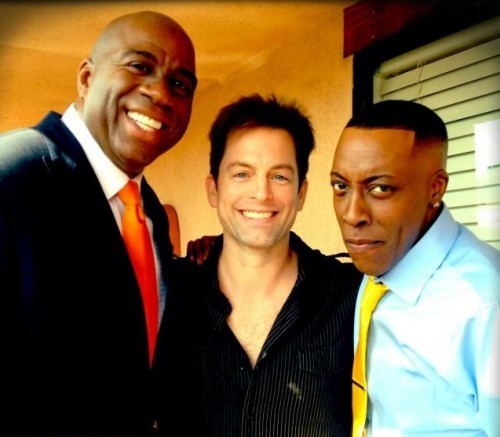 If you are on those fans that tune in to The Young and the Restless every day just in the hopes of catching a thirty second scene of Adam Newman’s hands (and you’re not alone), then the Father’s Day episode of Y&R on June 12th is a must see! According to our exclusive CDL The Young and the Restless spoilers source, the infamous hands of Adam Newman will deliver another heart-breaking scene on Father’s Day.

According to Y&R spoilers, on June 12th Billy and Chelsea will prepare to leave for Australia to track down Stitch’s ex Jenna. Before they leave town Chelsea and Billy visit her son Connor in the nursery to say their good-byes. After Chelsea leaves the room Billy picks up Connor and holds him and talks to him, much to the dismay of Adam Newman who is watching the scene unfold on his spy-cameras. Although, we only see Adam Newman’s hands, it is clear that he is furious. The faceless character crumples up a Father’s Day card and throws it on the floor and then slams his laptop shut.

Over the course of the last few weeks Adam Newman has been keeping tabs on Chelsea and Connor via spy cameras and private investigators. It is no secret that Newman is not happy about how close his nemesis Billy Abbott is coming to his family. The June 12th scene of Newman is by far the angriest we have seen the character thus far. Could it mean that he has had enough and will finally come out of hiding and return to Genoa City and take his family back from Billy Abbott?

So Y&R fans, if you look forward to Adam Newman’s hands scenes, then be sure to tune in to The Young and the Restless on June 12th. Do you think that the events on Father’s Day are the final straw and Adam Newman is headed back to Genoa City? When he does officially return, do you think it will be Michael Muhney or Cameron Mathison playing the part? Let us know what you think in the comments below and don’t forget to check CDL tomorrow for more The Young and the Restless spoilers.

Here is what the fans at Soap Opera Spy have to say:

I think Michael Muhney would come back if that poisonous JFP was gone! If it’s anyone else besides MM he will be hated just like David Tom was!

Agreed. If it’s not MM it won’t work for me.

Michael Muhney please as the ONLY real Adam Newman!!!

Agreed. David Tom didn’t last long I don’t think anyone other than MM can last as Adam….

Looks like most people are obsessed with getting Michael Muhney back on Y&R – I think he will wind up on another soap – and I’m hoping it’s GH.