The Young and the Restless Spoilers: Billy Leaves Chelsea For Victoria and Katie’s Emergency, Adam Makes a New Year’s Move!

BY Amanda Austin on December 30, 2014 | Comments: one comment
Related : Soap Opera, Spoiler, Television, The Young and the Restless 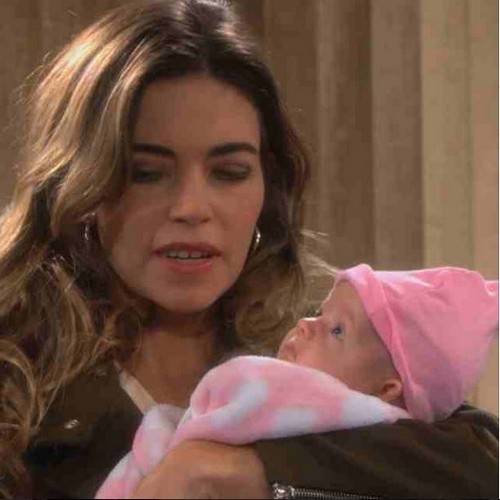 The Young and the Restless spoilers tease that gremlins are at work on New Year’s Eve! Y&R on Tuesday December 30 indicates that the residents of Genoa City will kick off their New Year’s Eve celebrations, and rumor has it Y&R fans will not want to miss a single second since events conspire to change expected outcomes! According to The Young and the Restless spoilers, Joe Clarke will make quite an entrance at the club with his date Ashley Abbott – and Avery obsesses over him and the Abbotts until she and Dylan leave the party early. Meanwhile, Joe makes use of the event and begins working Jack Abbott in hopes of winning his support for his development project.

In other The Young and the Restless news, Dylan and Avery are not the only Genoa City couple that have a rocky New Year’s Eve. Kelly corners Jack at the party and demands to speak to him since Phyllis isn’t on his arm – and the universe seems to be working against Phyllis because she runs out of gas en route to the club. Y&R spoilers also tease that Billy and Chelsea’s night goes awry when baby Katie comes down with a fever and Billy ditches her so that he can go to the hospital with Victoria and their daughter. While Billy is MIA, Y&R spoilers tease that Adam Newman decides to take advantage of the situation and begins flirting with Chelsea at the party.

So Y&R fans, are you excited for New Year’s Eve in Genoa City? Do you think that Jack and Kelly could reconcile at the party? Will Chelsea fall for Gabriel/Adam’s charm? Should Stitch be worried that Victoria is with Billy on New Year’s Eve? Let us know what you think in the comments below and don’t forget to check CDL tomorrow for more The Young and the Restless spoilers and news!

I can’t wait to see what happens

I just can’t wait till it happens