BY Amanda Austin on December 5, 2014 | Comments: one comment
Related : Soap Opera, Spoiler, Television, The Young and the Restless 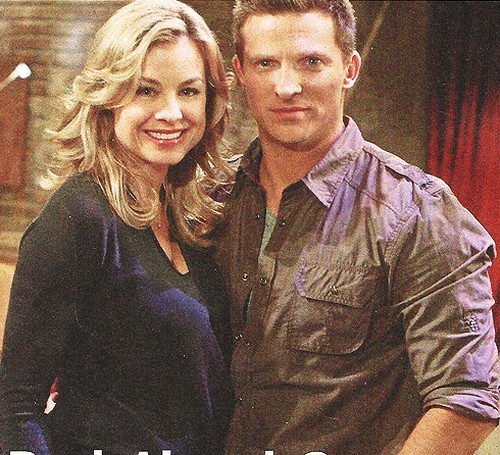 The Young and the Restless spoilers for Friday December 5 tease another dramatic episode of the CBS soap filled with love and loathing. Y&R spoilers have been teasing for a while now that Adam Newman AKA Gabriel was heading back to Genoa City, and it looks like Friday might just be the day. After bickering with Sage over whether or not he is upholding his end of the deal and making Constance happy, Adam announces that he is “stir crazy” and announces he is leaving the cabin for the night.

Meanwhile, in Genoa City Stitch presents Ashley Abbott with the newly tweaked love potion that he has been working on, and then announces he is going to pay Victoria a visit. According to The Young and the Restless spoilers, Stitch heads over to Victoria’s house – but decides not to go inside when he sees her decorating the Christmas tree with Billy and their new daughter Katie. Naturally, he heads to the bar instead and begins drinking his sorrows away – and then heads back to the Jabot lab once he is good and drunk, to find Ashley Abbott.

In other The Young and the Restless news, someone on the CBS soap is about to pop the question! After a romantic night together at the club, and Dylan once again putting Joe Clark in his place and ordering him to stop contacting Avery, Dylan and Avery head home to where he has stashed an engagement ring. It looks like Dylan might finally propose!

So Y&R fans, do you think Adam is going to make a bee line straight to Chelsea and reveal his identity? Or will he just watch continue watching her from afar? Are Stitch and Ashley going to hook up, love potion and booze are a messy combination? Do you think Billy and Victoria will wind up reconciling? Let us know what you think in the comments below and don’t forget to check CDL tomorrow for more The Young and the Restless spoilers and news.