The Young and the Restless Casting Spoilers: Jill Farren Phelps Hired Eileen Davidson Because of Real Housewives of Beverly Hills 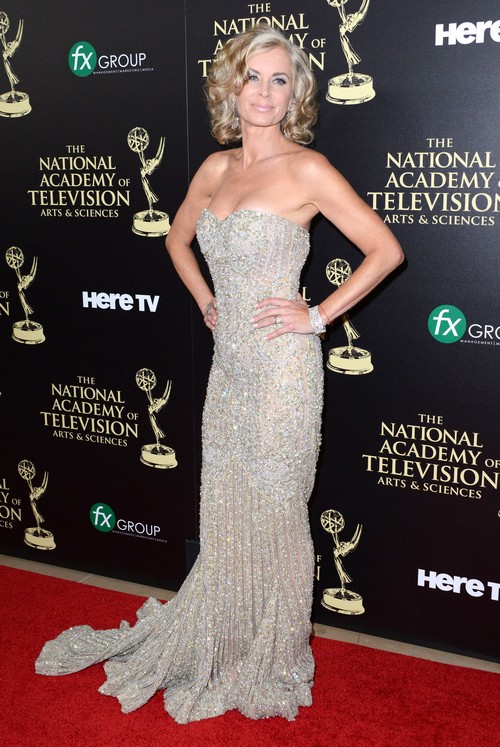 With all of the drama and cast switches behind the scenes of our favorite soap operas lately, it is hard to keep track of all of the drama. The Young and the Restless spoilers recently revealed that Eileen Davidson was returning full time as Ashley Abbott, which means she is done as Kristen DiMera on Days of Our Lives. Davidson has appeared in story arcs for both DOOL and Y&R over the course of the last few years, but didn’t have a full-time contract with either soap opera.

For those of you who can’t keep track of Davidson’s excessive soap switching, a few years ago it was revealed that Y&R wouldn’t give her a contract unless she completely quit Days of Our Lives. They wanted her to dedicate her time to The Young and the Restless, and ditch NBC’s Days of Our Lives. It was either all or nothing. So, you can imagine everyone’s surprise when Davidson finally caved to TPTB at The Young and the Restless and signed a contract agreeing to leave DOOL for good. But now it all makes sense. It was confirmed by multiple major media outlets this week that Eileen Davidson has officially signed on to star on Bravo’s reality TV series Real Housewives of Beverly Hills.

The Young and the Restless execs and Jill Farren Phelps weren’t in any hurry to bring back Ashley Abbott, and her character’s storylines have run dry as of late. But suddenly she was a hot commodity and they sealed the deal with her, because they knew that she was negotiation a contract with RHOBH. The Young and the Restless is sinking fast, and JFP will take any publicity she can get. Once Davidson gets caught up in the RHOBH drama, the execs are obviously hoping it will draw in some reality TV viewers to their struggling soap opera.

What do you think, Y&R fans? Did Jill Farren Phelps have ulterior motives when she signed Eileen Davidson back on to The Young and the Restless? Are they just using her for some free publicity on Bravo? Let us know what you think in the comments below.