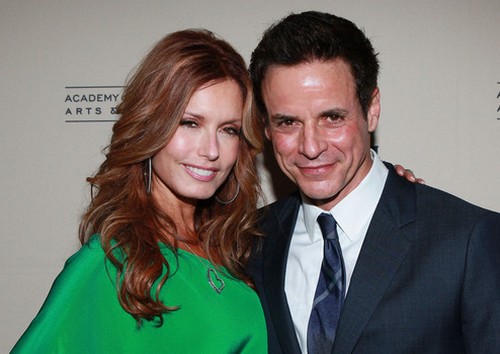 The Young and the Restless spoilers for the episode airing on Wednesday, December 10 tease an emotional and tense day on the CBS soap. Y&R fans have been watching Michael Baldwin deal with his cancer diagnosis for weeks now, and desperately trying to hide it from his wife Lauren. According to Y&R spoilers for December 10th, Michael finally comes clean to Lauren and explains the reason he has been acting strange is not because he is having an affair – but because he has cancer. Naturally, Lauren doesn’t take the news well.

The Young and the Restless spoilers have been teasing Joe Clark’s shady business investment for quite a while now, and after you see the December 10 episode of the CBS soap – Joe will appear even shadier. According to Y&R spoilers, Joe meets with Cane to try and convince him to publicly support his business deal so that the community will give it a chance. Cane’s wife Lily interrupts their meeting and informs Joe that she and Cane are partners and she has a right to hear his sales pitch as well. But, when Cane steps away from the table – Joe hits on Lily!

In other The Young and the Restless news, Dylan proposes to Avery in the park and she says “yes.” Across town Kevin and Mariah share their first kiss after Kevin opens up to her and tells her about his brother Michael’s cancer. And, according to The Young and the Restless spoilers – you will not want to miss the smack down between Phyllis and Kelly tomorrow, when Jack’s two leading ladies put everything on the table and hurl insults back and forth.

So Y&R fans, how do you feel about Joe Clark? Is he too shady, or exactly what the soap needs to spice things up? Do you think Avery and Dylan will actually make it down the aisle? Are you Team Phyllis or Team Kelly? Let us know what you think in the comments below and don’t forget to check CDL tomorrow for more The Young and the Restless spoilers and news.