BY Amanda Austin on May 9, 2014 | Comments: 6 comments
Related : General Hospital, Soap Opera, Spoiler, Television, The Young and the Restless 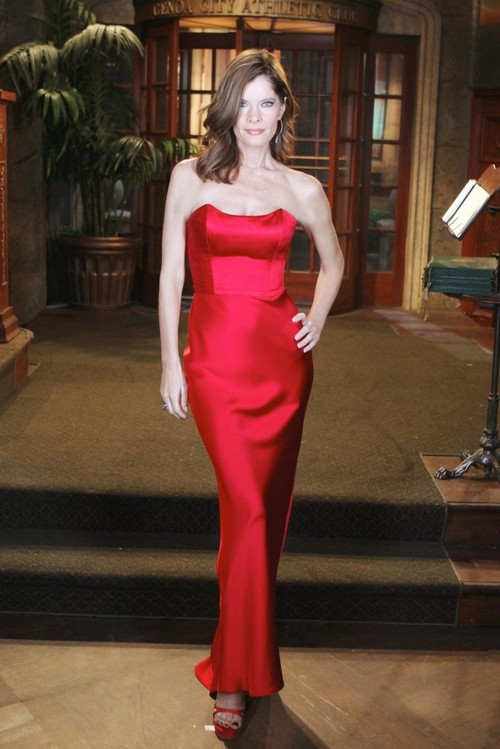 Rumors were making their way around the soap opera community for months that The Young and the Restless alum Michelle Stafford was headed to ABC’s General Hospital. GH viewers were shocked last week when it was revealed on an episode of the soap that Stafford had indeed headed over to the ABC soap and was playing the role of Silas Clay’s not-so-dead wife Nina Clay.

Shortly after Jill Farren Phelps took over The Young and the Restless, Michelle Stafford announced she was leaving the CBS soap after nearly a decade. Y&R fans were certain that Stafford was leaving due to differences with the new producer Phelps. The Young and the Restless writers quickly wrote Stafford’s character Phyllis out of the series and put her in a coma in Georgia.

The casting call released states, “Phyllis is beautiful, smart and conniving. She is confident in her own sexuality and is unafraid to use it to get what she wants. She knows she has power over men and many times has used it, both to her benefit and to her detriment. She definitely has an edge.“

There is no doubt that Jill Farren Phelps is furious that Michelle Stafford switched teams and signed on to rival soap General Hospital, which is why she suddenly decided to put out a casting call for Stafford’s old character in an effort to show Michelle how replacable she is. One can only wonder how many disgruntled Y&R alums will follow her to General Hospital, maybe Michael Muhney or Billy Miller?