BY Amanda Austin on May 11, 2014 | Comments: 11 comments
Related : Soap Opera, Spoiler, Television, The Young and the Restless 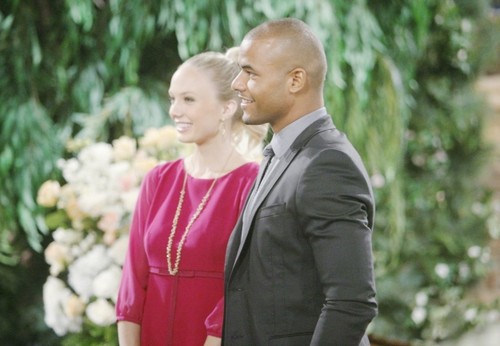 Y&R has been teasing Tyler’s dark secret life with Mariah before he arrived in GC and swept Abby Newman off her feet for months. Mariah made it very clear to Tyler that she was still very much in love with him and had no intention of leaving Genoa City, and she hinted about their dark past together before Tyler arrived in town. Y&R fans have been racking their brains coming up with theories that could explain what information Mariah is holding over Tyler’s head, and it looks like Tyler’s dirty secret will finally be revealed on Monday, May 12. And let’s not forget that good old Ian Ward and Mariah have an as yet undisclosed association and you just know it isn’t going to be anything nice.

According to our exclusive The Young and the Restless spoiler source, Abby will pay Mariah a visit on Monday May 12th and offer her a large sum of money to leave Genoa City for once and for all. It turns out Mariah might not be the gold-digger we all assumed she was, because she tears the check up and refuses to be bought. After Tyler and Abby leave, Mariah takes out a Portland newspaper clipping, which reads “Portland West Mansion Culprits Still At Large.” We already know Mariah is on the run from the police, but apparently she wasn’t acting alone. It looks like Mariah and Tyler were modern day Bonnie and Clyde before he headed to Genoa City.

What do you think about the latest development in the Tyler and Mariah saga on The Young and the Restless? When Mariah was dangling a secret over Tyler’s head, did you think it was going to be something more serious than a burglary ring? Perhaps the burglary ring is just the tip of the iceberg? Let us know what you think in the comment section below and don’t forget to check CDL tomorrow for more The Young and the Restless spoilers.