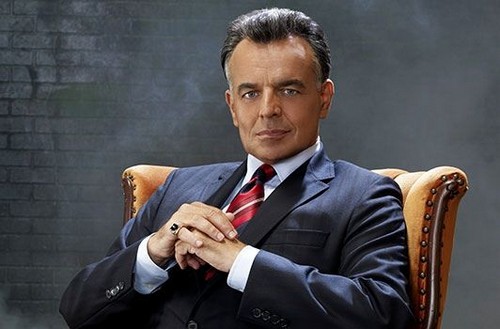 The Young and the Restless spoilers reveal that on Thursday October 16, Ian Ward will finally confirm everyone’s suspicions that he is still alive, and reach out to Nikki. However, Ian seems to be one step ahead of Nikki, Dylan, and Paul and they might just be in over their heads trying to catch the master manipulator. CDL’s exclusive Y&R spoilers source reveals that he calls Nikki and informs her there is a burner cell-phone in her car and she can contact him on that cell-phone, so Kevin is unable to trace the number. Later, Nikki drunkly agrees to meet Ian with a bag of cash after he promises to tell the police that Dylan is innocent.

Genoa City’s other master manipulator Victor Newman finally returns home with Faith’s DNA results. The Young and the Restless spoilers have been teasing a twist with Faith’s paternity test, but it looks like fans have been duped again. On the October 16 episode of Y&R, Victor informs Mariah that she was wrong and Nick is definitely Faith’s father. However, there is still a chance that Victor is lying, but he really has no reason to since he was clearly hoping Faith wasn’t Nick’s daughter and he could use that juicy tidbit of information to break up Nick and Sharon.

Devon and Hilary might just get the award for slimiest soap opera affair yet. The Young and the Restless spoilers reveal that in New York City Cane and Neil walk in on Devon and Hilary in bed, and they take full advantage of his blindness and Devon slips out of the room right in front of his father. On the other hand, Cane is not happy about Devon sleeping with his step-mom, and threatens to tell his wife Lily the truth.

So Y&R fans, do you think Nikki will completely foil their plan to free Dylan because she can’t seem to go an hour without pounding shots of vodka? How has no one noticed her stumbling and slurring through Genoa City? Is Victory lying about the DNA test, or is Nick really Faith’s father? Let us know what you think in the comments below and don’t forget to check CDL tomorrow for more The Young and the Restless spoilers.