The Young and the Restless (Y&R) Spoilers: Will Paul and Nikki Save Son Dylan – Does Christine Leave Paul in The Process? 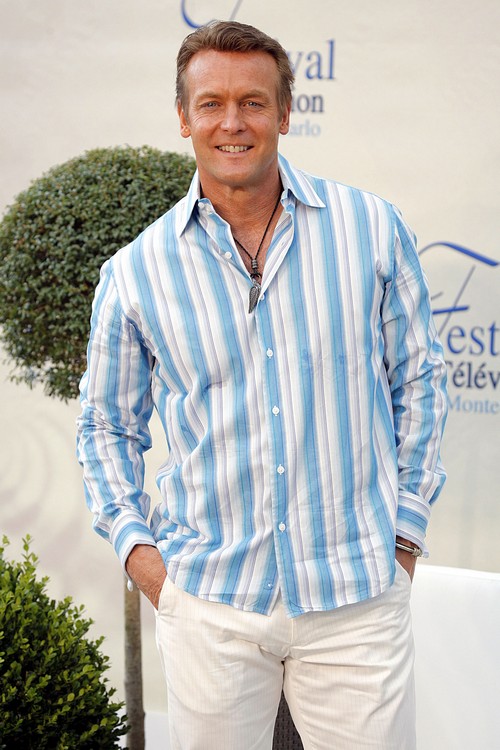 The Young and the Restless spoilers reveal the history of Paul Williams and explain his close attachment to both Nikki Newman [Melody Scott Thomas] and Dylan McAvoy [Steve Burton] – naturally this leads to trouble with wife Catherine in these trying times of Ian Ward’s murder/disappearance.

The character of Paul Williams has been played by Doug Davidson since May of 1978. When we were first introduced to Paul Williams, he was a teenager.  Paul had an all American family and Carl his father was a police officer.  His mother Mary took care of  Paul and his two brothers Todd and Steven and his sister Patti.

Paul was dating Nikki Reed at the time. The two found themselves entangled in a cult to find their path. The cult leader, Ian Ward, will come back into their adult lives.  During their short lived relationship, Paul gave Nikki a venereal disease.

He also moved on with his life joined the Genoa City Police Department.  He loved the investigation portion,  He ended up becoming a Private Detective eventually opening up his own PI firm Paul William Investigations.

Paul was seeing April Stevens when she became pregnant with his child.  Not wanting to settle down and start a family, Paul relinquished his parental rights to their baby girl Heather.

Paul soon fell in love and married Lauren Fenmore.  The two had a rocky first marriage and divorced.  When they reunited for a second chance, Paul called off the wedding after Lauren submitted a nude photo of him. The photo ended becoming the Center Fold of a magazine!  The two realized they were better off as friends than husband and wife.  To this day, Lauren and Paul remain extremely close.  He has always been their to rescue Lauren from the evil Sheila Carter.

Christine Blair is another long time love of Paul’s.  The two worked together, him as a PI and her as an attorney.  Their relationship was put to the test when Christine was kidnapped by Michael Baldwin.  Paul rescued Christine right before Michael raped her.  Christine’s was torn by her love for her ex-husband, Danny Romalotti.  Christine eventually picked Paul and they soon married.

Now Paul was ready to finally start a family, Christine wasn’t.  Her career took center stage especially when she went into practice with her former captive Michael Baldwin.  Her work took her out of the country and this left Paul feeling alone and vulnerable.

To pass the time, Paul fell in love with the beautiful and mysterious Isabella.  She filled a void that was left when Chris was away.  Christine finally returned to Genoa City, and  caught Paul and Isabella in bed together.  Christine could not forgive Paul and the two divorced.  Isabella soon became pregnant with Paul’s child.  With many reservations, Paul married Isabella and tried to make his new family work. After their son Ricky was born, Paul wanted out. He was still in love with Christine and wanted her back.  The two reconnected and had a short fling.  Feeling guilty, Paul confessed his affair to Isabella. Raged with jealously, Isabella tried to murder Christine.  Paul got their in time to save her.  He had Isabella committed to a mental hospital and their son was given to her parents to raise.

Paul’s dad one day went missing. He left for work and didn’t return.  After eight long years, the family was finally reunited with the help of Christine. Unfortunately, Paul’s father’s had amnesia and didn’t remember his family.

During his years as PI Paul Williams, he assisted many of the town’s residents.  From the Newmans, Jabots and Chancellors, Paul was well liked and respected by all.  Later, Paul joined back the GCPD.  In no time, he was promoted to Chief.

Paul wanted to get to know his daughter Heather.  Even though they hit a lot of stumbling blocks, the father daughter duo finally was able to form a relationship.  Heather was an attorney and help her father out in several cases. One case in particular was his sister Patti’s.

Patti had a mental breakdown.  Her mental illness lead her in the wrong directions.  Big brother Pauly always came to his sister’s aid.  He tried to help her and find her the right doctors.  In the end, Patti took off and her whereabouts are currently unknown.

Paul and Nikki hooked up again for awhile.  They tried to rekindle their long lost love.  Time was not on their side and the couple decided it was better for them to remain friends than to revisit the past.

Paul’s long lost son Ricky, came back to Genoa City.  A grown man, Ricky wanted to get to know his father.  Paul was hesitant at first.  But by the time Paul was ready to form a bond with his son, it was too late.  Ricky had emotional issues while he was growing up that Paul was unaware of.  These issues resurfaced when Ricky committed murder and was again trying to kill Eden.  Paul was forced to shoot his own son.  When Paul shot Ricky, he fell out of a window and was pronounced dead.  Paul could not believe he shot his own son.  He was arrested and charged with murder.  His friends and family came to his defense and the charges were dismissed.  Although Paul was cleared, he never fully forgave himself for Ricky death.

During this time, Paul was romantically linked to Nina Webster.  She was Christine’s best friend.  Soon after, Christine returned to Genoa City from her stint in Washington DC.  Paul and Christine still hand romantic feelings for each other.  It was too much for Nina to bear.  She let Paul go.  Christine and Paul hooked back up.

When Katherine Chancellor passed away, she gave letters to each of her close family and friends.  Paul was on that list.  His letter was an OKAY by Mrs. C to finally marry Christine (again) and start a life together.  The two married right then and there in Chancellor Park.

Life was going well for the happy couple.  Christine even decided she wanted to start a family with Paul.  Hesitant at first, Paul agreed.  His own relationships with Heather and Ricky were not what he had hoped for.  Having another child would give him the chance to be a real father this time.

There plan came to halt, when Paul was shot on duty by Austin.  The Chief of Police was in sever condition.  His liver was damaged.  The only way to save Paul was through a liver donor.  Everyone rushed to the hospital and was tested to see if they were a  match .  The only perfect match was Dylan MacAvoy.  Dylan gave Paul a part of his liver,  but how was Dylan a perfect match?  Dylan was Nikki Newman’s biological child she had years ago when her and Paul were in the cult.  When Nikki became pregnant, she assumed the father of her unborn baby was Ian Ward the cult leader.  Needless to say, Ian Ward showed back up in town also claiming to be Dylan’s father.  After the surgery, it was discovered Ian could not have children and Paul was indeed the father of Nikki’s baby all those years ago.

Paul is recovering and he and Dylan are starting to form a father son bond.  The news of Paul having a child with Nikki all those years ago has left Christine bitter.  She wants to resume starting a family, but Paul is now hesitant.  He is worried about his health and wants to establish a relationship with his new found son Dylan.  There is certainly no love loss between Christine and Nikki. She blames Nikki for not letting Paul know she was pregnant all those years ago.

Will Paul and Christine’s marriage be able to survive?  Will Paul and Nikki be drawn to each other again?  How will Dylan and Paul’s relationship go? Get these and many more answers on the Young and the Restless. Follow CDL for further updates.