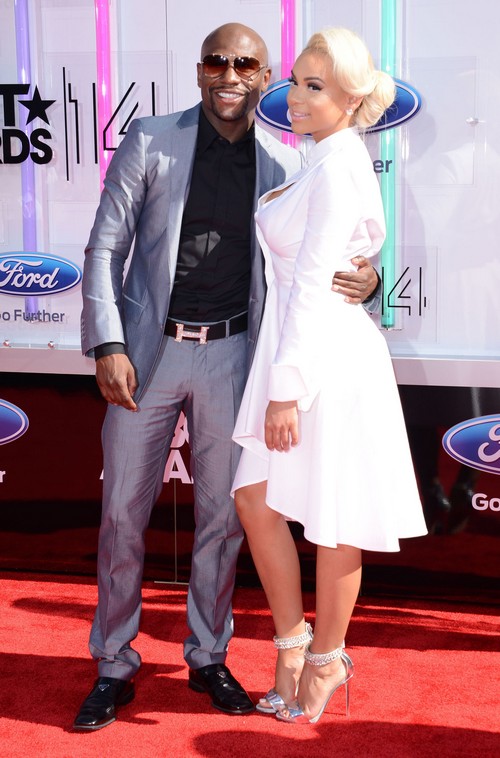 Last month in Vegas Tameka “Tiny” Harris appeared way too close to Floyd Mayweather and it caused a physical fight between the boxer and her estranged husband, T.I. The two got into a brawl at Fatburger and rumors were flying that Mayweather had been banging Tiny on the DL. Obviously something had happened otherwise T.I. Wouldn’t have been gunning for his former friend in the first place, right?

Anyway, from what we have heard after a few weeks of living very separate lives T.I. And Tiny are seriously trying to patch things up in order to get their marriage and family back on track. Tiny offered proof of exactly that while on the red carpet at the BET Awards last night. Floyd rolled up with his girlfriend and tried to get Tiny’s attention, even grabbing her elbow. Instead of acknowledging her former hook up Tiny continued talking and completely ignored him. No doubt doing anything else would have risked another flare up in the fight between T.I. And Floyd.

In the past T.I. And Tiny have seemed very serious about raising their blended family together and maintaining a united front. Maybe realizing that Tiny was actually creeping with Floyd shocked T.I. Back to reality and he realized that he had to step it up. Do you think the fight between the guys actually proved to be a turning point in making Tiny and T.I do some serious work on their marriage? Did tiny ignore Floyd to send a clear signal to everyone that whatever was once happening is now completely finished? Tell us your thoughts in the comments below!