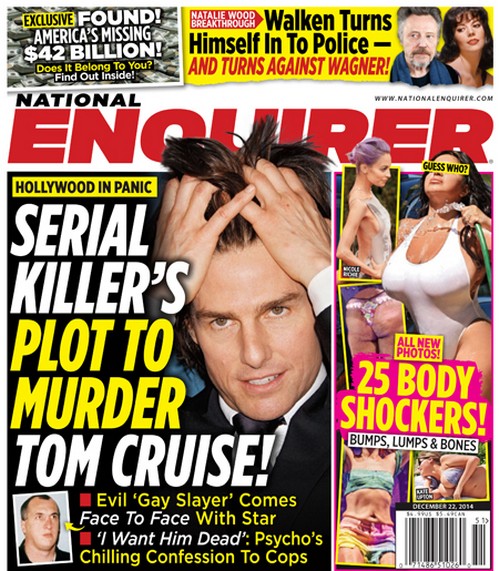 When Tom Cruise was still married to Nicole Kidman, he became the target of a cold and evil serial killer named Colin Ireland. Ireland had Cruise in his sights with plans to murder him, but the police covered up the revealing files for decades.

Ireland was named the “Gay Slayer” for targeting of homosexuals in London. The duo met one night in West London at Ireland’s favorite club, a British law enforcement source has revealed. Cruise showed up to the bar by himself and became a target of the “Gay Slayer”.

At the time, it was revealed that Ireland had already strangled five men to death after picking them up at the same bar. He went off on the killing spree for three months and had plans to take out Tom Cruise for being gay. Scotland Yard detectives opened a secret file on the Hollywood actor following Ireland’s conviction on murder charges. Ireland was imprisoned for the rest of his life, but has opened up about his intentions for murdering Tom Cruise.

He revealed that he met up with Cruise at the club when the actor was 31 and still married to Kidman. He showed up to the bar alone, presumably for promised homosexual relations with the murderer. Ireland revealed that he had the intention of killing Cruise, but that Cruise left the bar suddenly and was able to make his escape from Ireland.

Ireland was also given the name “Jack The Gripper” after meeting men at the bar, convincing them to take him back to their homes and viciously torturing them for his own amusement. After a series of sex games, Ireland strangled his targets.

Tom Cruise’s sexuality has been the subject of rumors and speculation for quite some time now and the actor has done little to quell the reports of his alleged bisexuality. Just come out of the closet already!