Could Tom Cruise Be Gay Or Asexual? 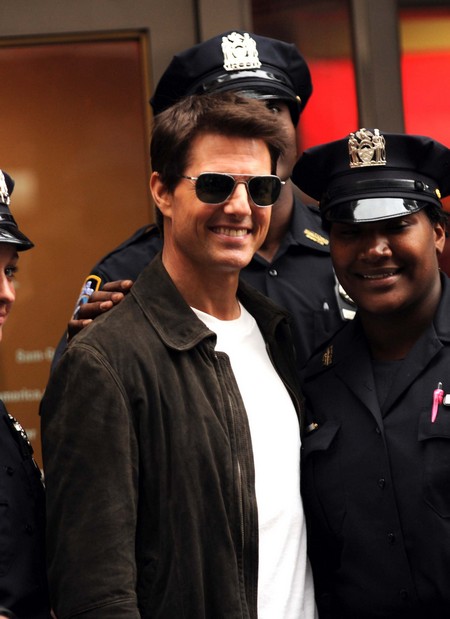 For several years now there have been rumours circulating that Tom Cruise actually prefers men over women, and he is gay.  With the recent news that his current wife Katie Holmes has filed for divorce, the gay rumours have just exploded and resurfaced all over again.

Remember Tom’s first divorce from Mimi Rogers? Apparently their divorce was because of a lack of sex in their relationship…it’s usually the men who’re more excited about the sex, but not Tom. It got so crazy that Tom, himself said he was thinking of becoming a monk.  Yep, a monk!  Sounds pretty fishy to me!

The next thing he does is marry Nicole Kidman, they had no biological children but adopted 2 children.  They divorced after almost eleven years of marriage and Nicole claims she was shocked when Tom filed for divorce.  She was three months pregnant at the time, and miscarried shortly after.

Now Katie and Tom are divorcing and I just don’t understand Tom, Mimi was hot but damn Katie was a hottie hot hottie herself. Why would you give up that? It just doesn’t make sense; it only further proves the possibilities of Tom being gay or maybe Asexual.

The one thing that leads me into thinking Tom may just be gay is him being a Scientologist, so many actors that are a part of the cult have been accused of being gay, for example: Will Smith and John Travolta.  They both have been in the press recently with rumours about their sexuality.

Maybe the church of Scientology is hiding all these celebrities that are hiding in the closet? It really wouldn’t surprise me. We have no problem if Tom is gay, but gosh, come out of the closet Tom and be proud!