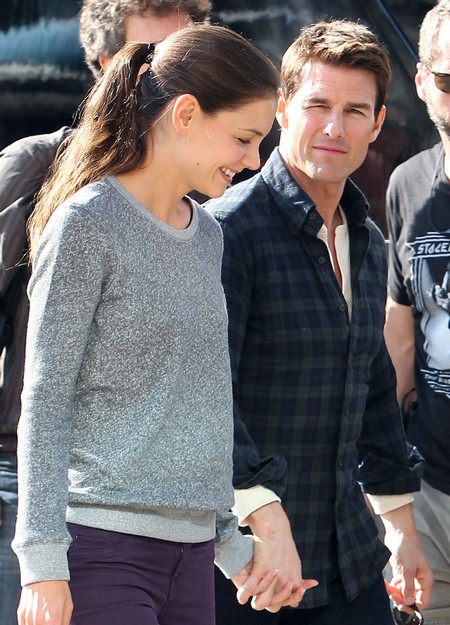 Tom Cruise is a billion dollar film star, having built an empire on a selection of well chosen films and the insanity of Scientology. His name has been on the lips of almost every film reviewer, every tabloid editor and most recently, on the forefront of every major newspaper and magazine retailer in the world, after his heavily publicized split-up with his wife Katie Holmes.

He has surrounded himself with some of the greatest film directors and producers in recent film history, including the magnificent Stanley Kubrick, Martin Scorsese, Michael Mann and the greatest film director of all time, Steven Spielberg.  His movies have grossed over $7 billion, earning him hundreds of millions of dollars and worldwide fame. Celeb Dirty Laundry decided to take a more in-depth look into the man who has made Matt Lauer reach for arsenic and gave Nicole Kidman a near nervous breakdown.

What makes Tom Cruise so fascinating and so enthralling? Is it his obsession with Scientology? Is it his Hollywood smile coupled with Napoleon Bonaparte syndrome? Tom Cruise became one of the most controversial public figures in recent memory, when he publicly expressed his disparagement towards psychiatry and psychiatric medication. Paramount Studios refused the renewal of a long-standing production deal they had with him and they announced that it was indeed Cruise’s opinions about psychiatry that made them make this hard decision. Tom Cruise was paying a price for his opinions and Scientology once again became the go-to word for all things crazy.

The actor is turning 50 on the 3rd of July and we’re betting that Katie’s filing for divorce is not the birthday present he was looking for. Whatever the case may be, Tom Cruise has held the world in his palm ever since his iconic role in Risky Business back in 1981. He has grown and adapted within the film industry, leading him to become one of the most important film stars of all time. His public life has been used as parody fodder in shows such as South Park, but he has never backed down. His recent Rock of Ages film has been met with criticism and backlash due to the sloppy plot and satirical notions.

He might be a controlling freak, but Tom Cruise has proven something very important – it does not matter what the circumstances might be, he will always rise above it and prove to film audiences why he is an established actor to be reckoned with. One feels a certain nostalgic melancholy toward Tom’s current public situation, mixed with a contrasting empathy and irony. It is his resilience and Phoenix-like qualities that make this actor one of the most iconic figures of our generation and for that, he is to be lauded.