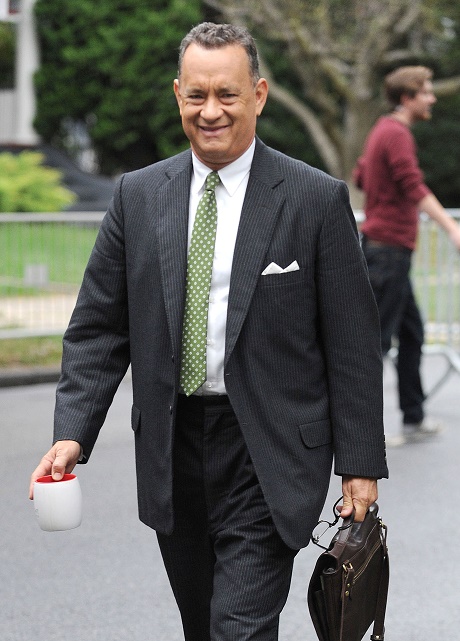 Tom Hanks and Rita Wilson might be headed for a divorce, and this news greatly saddens us. Tom Hanks’ marriage to Rita Wilson is like a unicorn in a sea of boring vanilla couples, most of whom cheat on each other all the time. But Tom and Rita have been together for twenty-six years, with nary a cheating rumor or divorce rumor coming up before now. But alas, there’s only so long that a marriage stays perfect, especially in Hollywood.

According to Star Magazine, Tom and Rita have hit a ‘rough patch’ in their marriage, apparently because Rita is becoming too ambitious for him. A ‘source’ told Star that Tom is worried about Rita’s budding music career, adding, “He secretly fears this his wife’s growing ambitions could be disastrous for their relationship. Rita is hoping to tour the country next year. Tom doesn’t want her gone for that long, but she’s tired of her career taking a backseat to his.”

Why is it that the wife’s ‘growing ambitions’ could be disastrous for their relationship, but Tom’s career success is nothing to worry about? For the past two decades, Tom Hanks has made movie after movie, while Rita has clearly slowed down her career to take care of the family and spend time with their children. And yet – when they have grown children and they’re settled into their lives – Rita working on her music career is cause for concern? Puh-lease, sexism at its finest. Plus, Tom Hanks is one of those actors that would break the Internet if it came out that he and Rita were divorcing. Please, Hollywood, let us have at least one couple to believe in, especially since this seems to be the year of celebrity divorces.

What do you guys think? Is a Tom Hanks/Rita Wilson breakup coming up? Or is this story a bunch of kapluey? Let us know your thoughts in the comments below.