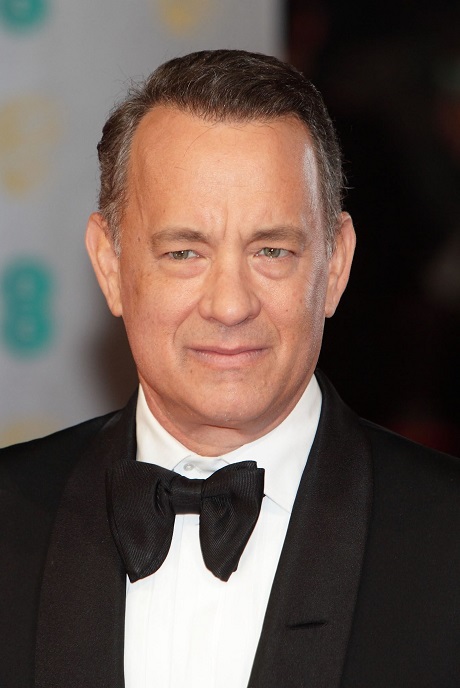 While InTouch Weekly set out to destroy the hearts of many by printing an article about beloved couple Tom Hanks and Rita Wilson having a recent separation, we have the real story for our CDLers, and fans will be happy to know the couple is still intact despite speculation they were having trouble.

InTouch Weekly reported that, despite the couple’s closer than this relationship, they decided to take a break from one another to work through some marital issues. Are you ready for the holes in that story? Good! We know you’ll be with us on this one. Though the couple was photographed doing various fun activities together during their month-long vacay in August to their home on the Greek island of Antiparos, InTouch claimed this trip was the couple reconnecting after separating for several weeks prior, even living in separate homes.

Strange, though, as the couple was photographed walking their dog together and walking on the beach in the month prior when they were reportedly having marital trouble and living apart. Did they believe Tom came back so that Rita wouldn’t have to walk the dog on her own? Nice thought, but I highly doubt it.

While the magazine reported that Hanks left the Pacific Palisades home he shared with Wilson to stay with a producer friend in Malibu Colony, we have some major suspicions. First, while the report claimed the separation was during the weeks prior to their August vacation, we believe that the couple possibly was staying in separate homes for a short time, but more likely this was in April of this year, and it was more for business reasons.

It should be noted that the loving couple owns three homes in Pacific Palisades, along with a home in Malibu Colony, precisely where they placed Hanks’ location as he crashed at a producer’s home. Why not stay in his own home? We thought you’d agree! Next, looking at the timeline in April, Hanks has been working nonstop with producer and business partner Gary Goetzman. Then two not only worked on many, many films and projects together, they have a film in progress right now, and very recently filmed a ten-part CNN series, “The Sixties” in Malibu!

A recent article in the Malibu Times gave a glimpse into the series boasting that Malibu’s very own Tom Hanks and his team capture the heart and soul of the ‘60s in the series, “Now, award-winning producers Tom Hanks, Gary Goetzman and Mark Herzog are trying to recapture that history for a new generation. “From protests to war, human rights, The Beatles, innovative technologies and politics, the 1960s were an extraordinary era of consequential cultural and global change,” says Jeff Zucker of CNN Worldwide.

“We are so pleased to partner with Tom and Gary to bring this very special series to our audience,” shared the Malibu Times. They go on, “Woodstock nation member and former flower child Terry O’Rourke remembers it all as if it were yesterday. The longtime Malibu resident describes how he pitched a tent near the “Hog Farm” and woke up the next day with 250,000 new friends.” Given this series is set in Malibu, and debuted in May, it would seem very normal for Hanks and his longtime partner Goetzman to be in Malibu during this time.

If there is still question as to why Wilson didn’t join her hubby of 26 years, there are two very viable possibilities. First, if her husband was working on a project with his producer and partner, does Rita really need to tag along? Not really…in fact, that would seem pretty desperate. In addition to that, the couple was selling one of their Pacific Palisades homes that sold during this same time frame.

So, it would make sense that Rita would oversee the management of the sale of the home. And for those who are suspicious about the fact the couple are selling property, normally a sure sign of divorce, the couple actually tried twice previously to sell the home but were unsuccessful. And really…who needs three homes in the Palisades?

Hanks and Goetzman have been busy with several projects and their joint production company, Playtone. A Hologram for the King is a film the team is producing that is due for release in 2015. So, we say, “no way,” to any marital strife between this solid couple and are calling InTouch’s bluff. Are you with us on this, CDLers? Weigh in below.