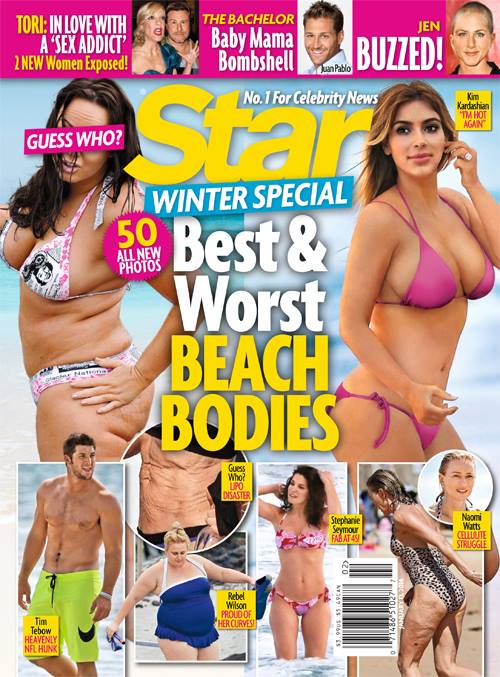 Over the past few days, we’ve discussed Tori Spelling and Dean McDermott‘s marriage, as well as Dean’s recent cheating scandal. While Tori or Dean still haven’t felt the need to address the scandal publicly, their silence isn’t slowing down the chatter surrounding their relationship. In fact, it’s only adding fuel to the fire. In the recent edition of Star, Tori and Dean’s marriage is dissected, led by a powerful headline that reads, “Tori: In love with a sex addict! Two new women exposed!”

It’s still uncertain where Dean and Tori stand; however, she was seen a couple days ago without her wedding ring and, in a recent New Year’s photo featuring her, her children, and Dean, the ring has found its way back onto her finger. If this is any indication of “the state of things,” then perhaps Tori has chosen to overlook Dean’s indiscretion, which was revealed by Emily Goodhand, who confessed to the world that she did in fact have an affair with Dean.

Make sure to check out this new edition of the tabloid to get all the hot gossip surrounding this marriage. This edition of the magazine also features the best and worst beach bodies, some Bachelor baby mama drama, and the fake photo of Jennifer Aniston’s bald head.

If you were in Tori’s situation, how would you handle things? I’m sure she’s trying to preserve the state and wellbeing of her family, but at what point do you call it quits?