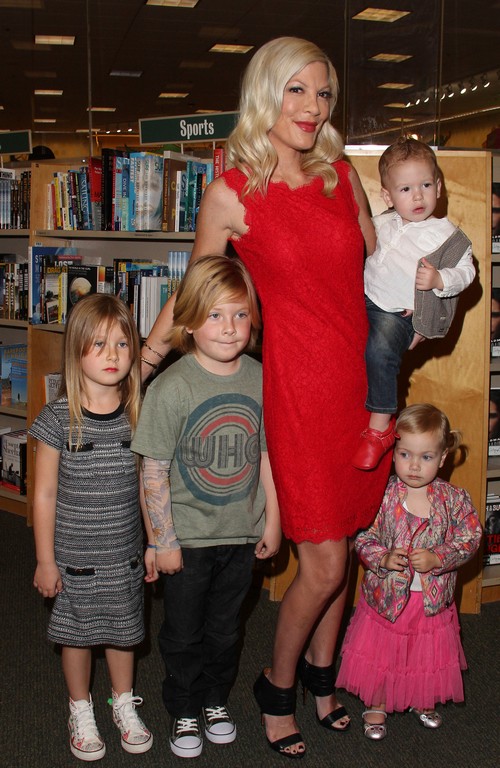 Tori Spelling used to live a pretty charmed life, growing up in a multi-million dollar home and having everything handed to her, including her acting career. When her father died in 2006 she was largely left out of his will and left to figure out how to pay her own bills. Tori turned her marriage to Dean McDermott and their family into her biggest business and has spent years keeping herself afloat by selling them as a brand. The problem with that is that when Dean was caught cheating on her last December her whole brand kind of crumbled – which is good since it was based on a pack of lies anyway, right?

He shuffled off to a sex rehab program claiming that he wanted to come back afterwards and pick up the pieces of his marriage. According to the March 10th print edition of Life & Style magazine Tori has white-knuckled her way through the longest month of her life, caring for her four small children with little help expecting Dean to return after 30 days. Instead he is staying for another month, if not longer and Tori is left on her own with the kids. Plus this facility that is intended to help Dean get his sex addiction under control costs between $60 and $70 grand a month. It’s an expense that Tori is paying out of pocket in spite of her well documented financial troubles.

At this point Tori is contemplating whether or not divorcing Dean would be the best option. As of now she is paying for him to get help and she doesn’t necessarily want him back anyway! Do you think she will take him back out of desperation or will she decide that this marriage is broken for good? Tell us your thoughts in the comments below!

Dean at sex rehab: is he being trained not to cheat on Tori – LOL! 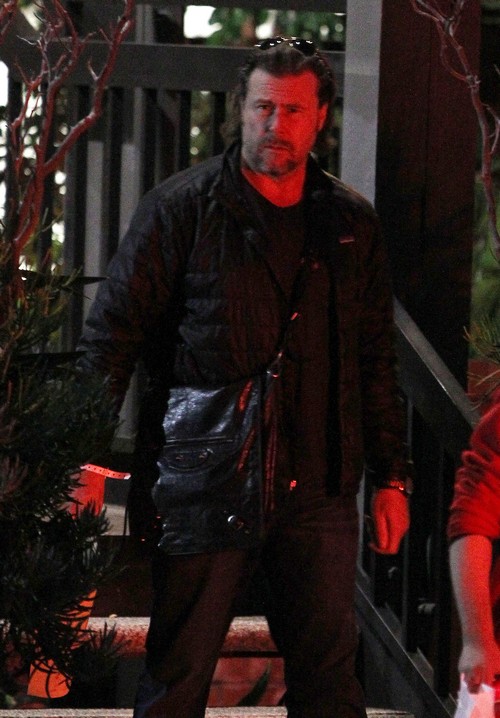