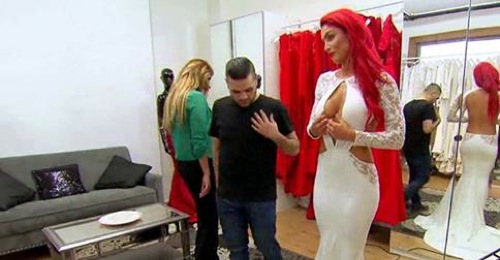 Tonight on E! the WWE’s Total Divas starring the Bella Twins and the rest of the Divas continues with an all new Sunday October 26, season 3 episode 10 finale episode called, “The Divas Are Taking Over.” On tonight’s episodes, Rosa finds Summer with her man, also Eva comes to terms with her Dad’s cancer.

On the last episode Rosa found Summer with her man; Bryan was keeping tabs on Brie. Also Eva came to terms with her Dad’s cancer; Nattie and TJ faced the cruel realities of divorce. Did you watch the last episode? If you missed it, we have a full and detailed recap right here for you.

On tonight’s episodes Brie goes behind John’s back and confronts Nikki leading to explosive consequences.

Tonight’s finale episode of Total Divas kicks off with Nattie backstage at work, Fandango takes her aside and wants to know what is going on with her and TJ.  She lies and says “everything is fine,” she is sick of everyone gossiping about her and TJ behind her back.  She breaks down and cries to Nikki that she is going home, and confesses to her that she went to see a divorce attorney.

Eva Marie and Jonathan’s wedding is just days away, they head to their dress and tux fittings together.  Eva gushes about how hot Jonathan looks in his tux, and the designer jokes that he has three suit changes throughout the wedding.

At home Nikki fills John in on TJ and Nattie’s divorce while he folds their laundry.  Nikki is shocked that they were together 15 years and perfectly happy, and then they were married for one year and everything went to hell.  She confesses that it makes her kind of glad they aren’t getting married.

After her fitting Eva heads to her photo shoot, she is the first WWE diva to ever be on the cover of fitness magazine.  Nattie tags along, and corners Eva and asks her if she can change her seating charts at her wedding and put TJ at a different table so there isn’t any drama.  Eva tells her she will see what she can do, but she thinks that Nattie should just grow up and sit by her husband.

Nikki heads out to lunch with Brie and Bryan.  They begin talking about being married, and Nikki announces that she doesn’t want to get married anymore and she has accepted that John won’t commit to her.  Brie is annoyed, and sick of Nikki giving up everything she wants for John, like marriage and kids.

The next day Brie and Bryan go out to lunch with her mom and brother, they explain that Nikki has given up on getting married and having children with John.  Her mom says they need to butt out of her business, but Brie and her brother decide they are staging an intervention.

It’s the day before Eva Marie and Johnathan’s wedding, everyone heads to Napa for the big event, and TJ and Nattie are checking in to a hotel.  They have booked separate rooms, and as they head to the elevator with their luggage Nattie lectures him about being on his best behavior in front of people.  After the Bella Twins check in to the hotel, they head to a winery for a tour and tasting.  Brie gets a little tipsy and starts cracking jokes about John refusing to marry Nikki.  When they are leaving the winery Nikki tells Brie about Nattie and TJ’s divorce, and makes her promise not to tell anyone.

Eva Marie’s friends and family all gather for her and Jonathan’s rehearsal dinner.  Nattie makes plans to have a night out on the town with the Bella Twins, however as they are leaving the hotel drunk Brie decides to invite TJ to tag along with them.  Nattie makes a big deal about not wearing her wedding ring.  Ariane and Vinnie arrive, and they all try to convince them that they shouldn’t get a divorce.  Everyone is getting drunk, and Nattie and TJ won’t stop bickering with each other, and drunk Brie won’t stop egging them on.

It’s finally time for Eva’s big wedding day, all of the WWE divas head to the wedding location and with TJ and Vinnie.  Everyone takes their seats outside.  Eva has decided that she wants to walk down the aisle with her dad as he has always known her, so she dyes her trade mark cherry red hair back to its natural dark brown color.  Eva’s dad walks her to the altar and she and Jonathan recite the vows that they wrote for each other.

After the ceremony everyone heads to the reception.  Nattie is fuming when she sees the seating chart and realizes she and TJ are sitting together.  She tries to change the chart with a pen, but Ariane stops her and tells her to get a drink and relax.

After the wedding everyone heads home, and Brie and her brother meet up with John for lunch, their mother tags along.  They decided to keep their meeting a secret from Nicole.  Brie nervously breaks the ice, and brings up that she knows her sister wants to get married.  John explains that on their first date he told Nicole he wasn’t getting married.  Nicole’s brother says that as a man – he should let Nicole go if he really cares about her and find a man that will marry her so she’ll be happy.  Nicole’s mom butts in and takes John’s side and says that maybe Nikki really did change her mind and doesn’t want a wedding anymore.

John heads home, and Nikki can tell that he is acting really weird, he tells her that they need to talk about something.  John tells her that he knows what he wants in life, but he is scared he isn’t giving her a chance to find what she wants in life.  He feels bad that she has changed and sacrificed so much for him.  John says that he loves Nikki, so he is going to let her go.