BY Kristine Francis on May 19, 2014 | Comments: one comment
Related : Recap, Total Divas 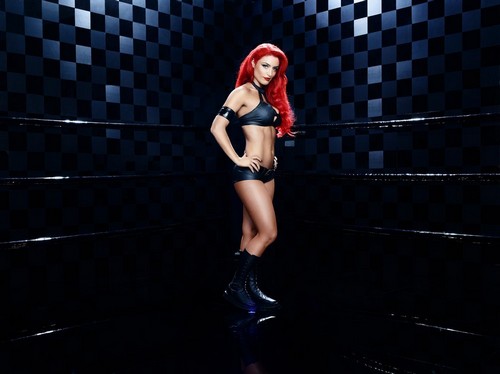 Tonight on E! TOTAL DIVAS continues with a whole new episode called, “What Happens in Cabo.” On this evening’s episode, Eva Marie struggles with her sobriety while in Mexico for Brie’s bachelorette party. Also: Nikki shares a secret from her past; and Trinity suffers a serious eye injury.

On last week’s episode Eva Marie and Summer Rae weren’t too pleased with being put together in the ring, causing them to fight and bicker, Ariane went too far in wanting to become famous and Nattie discovered that she had an artistic side and wanted to embrace it.  Did you watch last week’s episode?  If you missed it we have a full and detailed recap, right here for you.

On tonight’s episode Eva Marie goes to Mexico for Brie’s bachelorette part, but she runs into a problem when she struggles with her sobriety. Nikki gets a little personal and reveals a secret from her past and Trinity ends up suffering by getting a serious eye injury.

Tonight’s Season 2 Episode 9 of Total Diva’s is sure to be great, especially since we were left hanging by just about every cast member! Tune in at 9PM EST to E! We will also be recapping the episode right here for you! In the meantime, tell us your thoughts on season 2 so far.

The ladies are all upset about what happened to Trinity. Due to her injury, all of her hard work over this last year basically went down the drain. She was so close to winning a WWE title, but now all matches are off the table while she waits to recover.

Trinity is resting it off at home with her boyfriend which leaves the rest of them with nothing (no one) holding them back from truly getting wild at a bachelorette party. The ladies are heading to Cabo to party and everyone is invited. Then again nearly everyone. Summer didn’t get an invite and when she asked Eva about it – the other woman told her the cold-hearted truth. No one likes Summer. She came in and rubbed the rest of them the wrong way with her constant bad mouthing. So she was never going to get an invite.

Eva, herself, had problems on first coming into the organization. She simply wasn’t meshing well with some of the others. Yet they all changed once they got to know each other. Summer won’t get the same opportunity. Which is why Eva is the one going to Cabo to celebrate Brie’s upcoming nuptials.

And seeing as weddings is all anyone can talk about – when they got to Cabo – Nattie spoke frankly to Nikki about her relationship with John. Nattie thinks that one day John is going to change his mind on the whole marriage thing and actually ask Nikki to marry him. Nikki on the other hand remains skeptical. She doesn’t think her boyfriend is going to change his mind and that’s why she admitted the only wedding she was going to have was the one she had at twenty.

That comes as a huge shocker. Nattie never knew that Nikki was married before and Brie was kind of surprised by her sister when she found out that Nikki told. Brie is the only other person that knew about the marriage so she hadn’t expected Nicki would openly discuss it.

But Nikki’s secret isn’t the only one to come out on this trip. Eva was holding her own secret for as long as she could. And then it just all pouring out when she went clubbing with the girls. Eva is an alcoholic and she didn’t want to ruin the mood by making the other ladies re-think their own drinking choices. Nevertheless, she destroyed her sobriety after seeing the other girls drink.

Eva thought one shot wouldn’t hurt and when she drank – it made her feel so ashamed of herself. She left the girls at the club and returned to the hotel. However the ladies didn’t know what was wrong and didn’t feel like staying around while one of their friends was obviously upset.

Thankfully, by the next morning, Eva came clean. She admitted she failed her sobriety. And why it was so important. The rest of the ladies openly sympathized with her. There was no judgment from them. They’ve all had their brush with a shameful secret and in Nattie’s case she’s been on the other side of addiction. Her father had problems of his own and it was hard growing up and not knowing what to do to help.

The big reveal led to the women being more open with each other and it helped create a strong bond between them. Nikki was happy to get her first marriage off her chest though she is worried about Nattie. Nattie is her friend, but Nattie also has a mouth on her and so Brie warns Nikki that her secret will most likely come out. If that doesn’t sound reassuring it’s because it isn’t. Not when the even bigger secret is that Nikki never told her family or her longtime boyfriend about her first marriage.

The last leg of the trip was spent having fun. They slowed down on the drinking and chose to take Nattie up on some of her fun-filled ideas. And you know what – they did enjoy swimming with the dolphins. Later as a farewell to their trip, each of them got a chance to say something nice about Brie.

They were practically killing her with praise and she had never felt closer to them. Yet the real world waited for them and upon returning to it – Brie had to be the one there for Nikki. Nikki called her family together to confess. She told them how she was married at 20 and had it annulled by time she was 23. And at first they thought she was joking then when truth of it started to hit them – they got upset. Her brother took it the most personally and couldn’t help to make a dig about John finding out. He wanted to hurt her like she hurt him. So he said that John wasn’t going to forgive her.

What do you think? Nickki’s brother was harsh, but does he have a point. Will John forgive Nikki for keeping her first marriage a secert?