Total Divas: How the WWE Can Salvage Nikki and Brie, The Bella Twins Disaster 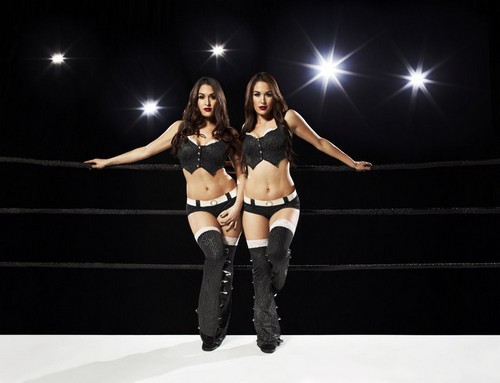 While the Total Diva Bella Twins, Brie and Nikki are not exactly going to set the WWE on fire with their in ring abilities but they do have a great deal of value, especially on Total Divas! The beautiful women are the ultimate spokespeople and ambassadors for the product. This latest storyline of them hating one another is absolutely horrid to say the least and it is set to be finalized at Night of Champion. Nikki Bella is going to be in the Triple Threat match for the Divas Championship against AJ Lee and the champion Paige. Nobody in their right mind thinks for one second that Brie will not somehow be involved with this match.

So how is it going to go? How can WWE somehow save the angle and face at the same time? Here is a suggestion that could certainly do the trick.

First you have to look at the problems with the angle.

To begin with, WWE needs to have Brie turn in favor of Nikki as a heel. That is the one thing that nobody is expecting. Have her turn on AJ or Paige during the championship match. The problem with this idea is putting the strap on Nikki should not happen right now.

The WWE could pull this off by having Nikki and Brie hurt one of others and let that be the reason they lost. That would be a great way to kick off a new feud between the sisters and someone else. New feuds are desperately needed, right? This could be a great one. The Bellas are certainly better as heels.

As for why Brie would do such a thing, it could simply be that the whole argument was a ruse to get the Diva’s Championship away from AJ/Paige for Stephanie. It would explain why the acting was so bad (Brie and Nikki didn’t really mean it) and why the story was so thin (because it wasn’t true). At least they would be back together where they clearly should always be for believability.

The Bella Twins are a wonderful part of the WWE Universe but they are clearly meant to be a team. Although they may long for singularity, they should rejoice in the fact that their being a team gives them security. Not many WWE Superstars enjoy that these days.

If the WWE insists on pushing this story down everyone’s throats despite absolutely nobody buying into it, they are risking blowing any chances of the Bella Twins making good down the road. This is the type of epically bad story telling that will ruin a superstar’s career if they are not careful.