WWE: The Bella Twins Story is Beyond Help – Opinion 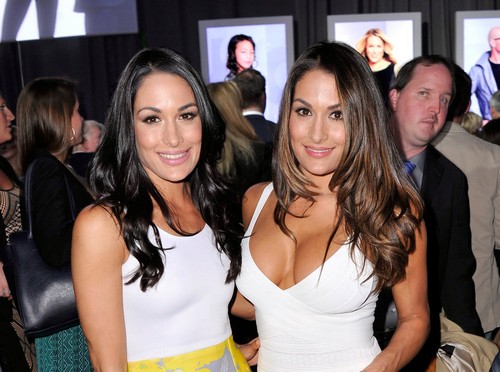 I have a theory about WWE wrestling and wrestling in general…when it comes to wrestling, great acting ability is important. In fact, it is so important that you really can’t last for very long without it. The Bella Twins are pushing that theory to the absolute limits in their latest “hate each other” storyline for WWE. While there are no shortage of hate articles out there for the Bellas, I am not a hater. In fact, I have always thought they got a bit of a raw deal. They are serviceable in the ring and wonderful promoters for the product. In fact, they are great on the big stage when they are allowed to simply be…well…Bella.

When they are asked to act, however, it is a different story.

The promos that these girls have been asked to cut of late are downright painful. It is so easy to see through the story that it is impossible to even pretend. When you reach the point of not being able to imagine in wrestling, the product is doomed.

To be fair to the Bellas, the story is kind of ridiculous. Why should we believe that suddenly after years of being closer than close, these two would suddenly start hating one another. If you notice, this story is supposedly built in the past. That hurts the angle right out of the gate.

The better way to go if you wanted them to turn on one another would be to have them do something to one another in the present. Not something abstract like a on of random stories from the past, but something that happened in real time…right before our eyes. That would have been easier to invest in and buy as a viewer.

That would help to cover up the shortcomings the Bellas have as actresses. As it is now, we are stuck with trying to pretend we don’t know the last ten years of Bella history. That can be done with great promo work and acting (see Chris Jericho or the Undertaker), but not when you are dealing with gals that are challenged to start with when it comes to the microphone.

So, how are the Bellas and the WWE navigate their way around this?

About the only thing they can do now is to wrap it up quickly. My suggestion to help save a little face is to have them face off at the Night of Champions. Then send Stephanie McMahon out to double up on Brie and embarrass her. When she goes to make her move, have Nikki turn on Stephanie as though that were the plan all along.

At least this would put the twins back together and allow this to pass quietly. In the meantime, it could give Stephanie another chance to work her heel magic and get some comeuppance.

What would you do if you were in charge of WWE booking?