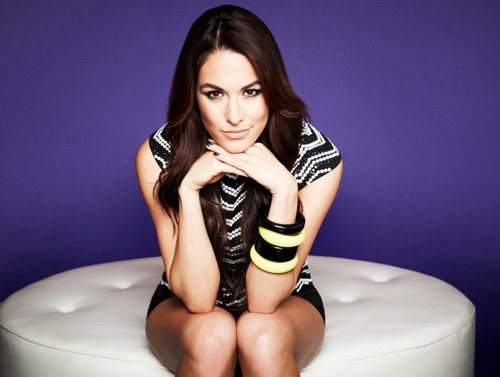 SummerSlam 2014 is right around the corner and for the first time in years, the WWE Divas have a couple of feuds to talk about. WWE Divas champion A.J. Lee and up and comer Paige are building to a huge match, but that is not the one that truly surprises everyone. Brie Bella and WWE principle owner Stephanie McMahon are embroiled in a hot feud that appears to be boiling over with fans. Everyone is dying to see Stephanie get her comeuppance. With a match set for SummerSlam between the two, it appears they might just get their wish.

The real question here is, will the match finally send the Bellas into stardom in WWE circles? That remains to be seen.

The Bella twins, Brie and her sister Nikki, are world famous for sure already. They are super models and represent WWE admirably in every way out in public. The problem with the Bellas has been their in-ring work if you ask the Internet wrestling community. They feel that the Bellas are simply not talented enough wrestlers to carry the strap.

I feel that much of that is a bad rap based on their earliest days in the WWE. True enough, they were pretty bad at first. That said, both have made major strides in the ring to change that perception.

Brie also has the best heel in the business helping her through this impending meltdown. Stephanie is the ultimate heel diva and will have the crowd exploding over every punishing move applied to her. Every time Brie does anything to cause Steph pain, the crowd will be all over it eating it up. Why?

Because Stephanie is so good at making you dislike her. When you have this type of heat with a WWE crowd, all kinds of things can happen. Brie should be able to truly get over at SummerSlam and it just might make her an even bigger star than she is now. Don’t think that we will see the typical Brie Bella on this night. Stephanie will not allow it. She will be feral in her onslaught and raise the standards.

Rumors are that Nikki will be turning on Brie at SummerSlam and if she does, one can only hope it is not premature. Stephanie needs to get Brie over totally first, and then make the issue with Nikki come in afterwards.

Regardless, expect SummerSlam to be white hot with Diva action and a pair of matches we are not accustomed to seeing from the ladies. Perhaps this is a sign of things to come in today’s WWE.

One can only hope so.