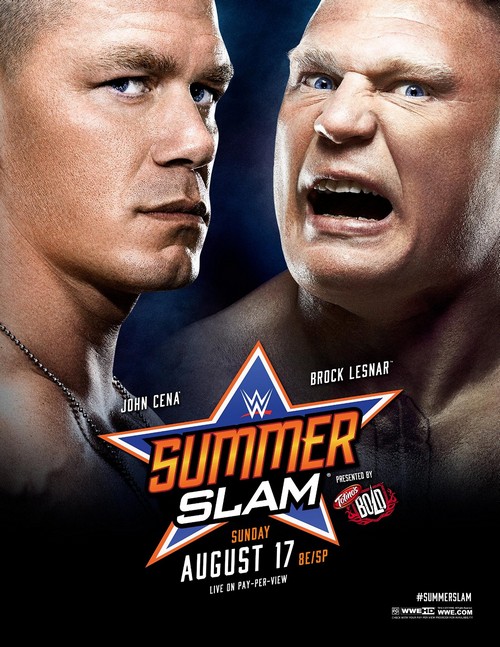 SummerSlam is considered to be on the hottest tickets on the WWE slate of PPVs and this year is looking like it might be the same. There are a ton of hot feuds percolating and plenty of interesting match ups to debate. The one matchup that should be headlining the entire event should be the one for the WWE Heavyweight Championship. Unfortunately, that particular match pitting the Champion, John Cena, and the challenger, Brock Lesnar is falling a bit flat in some fans’ opinions. I am of the mind that the match could end up being pretty bad…Here are four good reasons why:

John Cena needs a change…now – The PG era John Cena character has run it’s course. Hulk Hogan figured that out when the Red and Yellow grew old and switched things up to Hollywood Hogan. Sting went from the neon paint to the brooding Crow character. Cena needs to stand up and take notice. His character, whether he turns heel or not, has got to evolve.

The two styles clash – Super Cena is based around a ton of power moves in the ring. He is solid in the moves that he does, but when he travels outside those moves, things get shaky. Brock is a monster that simply bowls his way through. He has power moves that absolutely clash with what Cena is known for, so it doesn’t really work. This is one of those matches where it is nearly impossible to come out of the match without someone looking very weak.

Both characters are pretty much viewed the same – Lesnar is a guy that is hated because of his breaking the streak and constant revolving door attitude towards the business. Cena is hated by many for never changing and growing stale, yet always remaining at the very top of the card. Who in the world is the SummerSlam crowd going to cheer for? That can turn out really good or really bad, depending on the crowd’s mood. My bet is that it will be really bad.

Everyone knows that Lesnar is here for a cup of coffee – Because of this part time contract with WWE, what type of real champion could Brock Lesnar be if he takes the title? I am all for guys leaving the business when they feel they need to. I can even relate to guys leaving and coming back. Two guys that do it differently, but do it the right way are Chris Jericho and the Undertaker. Jericho comes back and forth all the time. The difference? He comes back to put young guys over. That is honorable. The Undertaker does the part time thing the way it should be done. He comes back once a year at Wrestlemania. He works a big match that does not involve major titles and then leaves.

Lesnar comes back and forth and is immediately shoved into the main event with the biggest title on the planet. If he wins, fans know he will just leave soon. Why would they care about that match then?

I hope I am wrong, but I smell a stinker coming in the main event at SummerSlam.