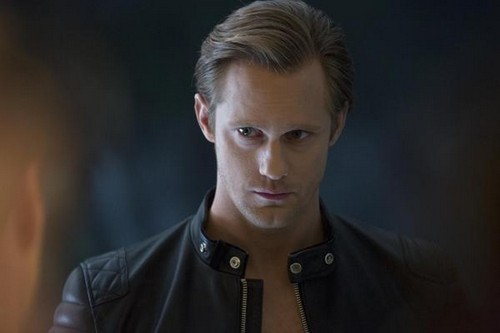 True Blood was back tonight and it was all kinds of intense can you believe next week is already the final episode of the series.  Are your ready to say goodbye to our favorite characters, I’m not! So much happened tonight and if you are like me and you are anxiously awaiting each episode, we have managed to get our hands on a sneak peek video and some spoilers to whet your appetite for next week’s series finale called “Thank You.”  So sink your fangs in and enjoy!

On tonight’s episode Sookie (Anna Paquin) retreated in confusion after Bill refused to take the cure. Sam (Sam Trammell) made a choice to leave town with Nicole he wanted to see his daughter born. Jason (Ryan Kwanten) exercised uncharacteristic restraint and decided not to try to sleep with Bridget.  Eric (Alexander Skarsgard) faced a dilemma after being caught in a lie by Mr. Gus.  And lot’s more happened — did you watch the episode? If you missed it we have a full and detailed recap, right here for you.

Spoiler alert: If you’re one of those people who doesn’t like spoilers, stop reading now! We have some juicy spoilers for you about the season 7 Finale of HBO’s “True Blood.”

On next week’s episode Bill tries to convince Sookie that she deserves everything, but the only thing Sookie wants is for Bill to live.  Sookie cannot let go of him.

True Blood series Finale, “Thank You” airs on HBO on August 25th, 2014.   Check out the preview video below of episode 7 below and let us know in the comments below what you think!  Are you enjoying season 7 the final season of True Blood?  I am loving it and next week’s episode is going to be so intense! Make sure to check out the preview clip below!