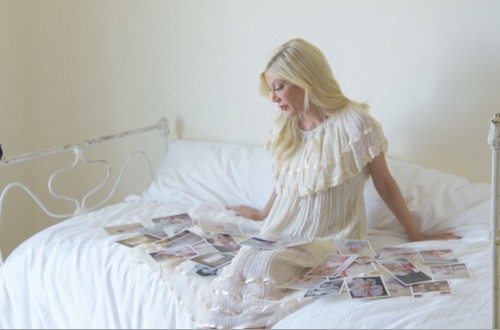 True Tori returns on Lifetime tonight with a special called “The Reunion All Questions Answered” where the marriage of Tori Spelling and Dean McDermott is chronicled, as tabloids speculate about the couple’s future.

Last week, the drama continued when Tori and Dean tried to put some normacy into their lives by having dinner with friends but the conversation quickly turned to how the couple is torn about whether Dean should host Chopped Canada again. Tori didn’t want Dean to go because she felt that her family needed to heal and it would only be disrupting. Meanwhile, Dean didn’t want to leave his family, but he was torn because he had obligations and a career to sustain. Did Dean return to Chopped and loose Tori for good? Lucky for you we recapped it and you can check it out here.  Did you watch last week’s episode?  If you missed it we have a full and detailed recap, right here for you.

On tonight’s episode there will be a reunion special where ET’s Brooke Anderson will be hosting, the cast of True Tori will be asked questions and we’ll get all the answers.

We hope you stop by to watch the special with us! We loved Tori & Dean: In Love and are really excited to see if the couple stays together. Make sure to come back here later tonight at 10 PM EST for your LIVE recap. In the meantime hit up our comments section and tell us your thoughts on the about show.

Tonight’s episode begins with Tori opening her home to the cameras again in a reunion meant to answer many questions. The host, Brooke, asks how Tori is holding up and Tori says she’s doing well. They review some past heartbreaking moments from the season as Tori and Brooke watch past scene play. Brooke asks Tori why she allowed cameras into their lives during such a private family issue. She explains that it was made public not by her choice and it wasn’t going away. Tori sheds some light on not leaving him, She shares she is still in love with him. She used to say she’d never stay with him if he cheated on her, but she realizes now that she cannot give up eight years and their family. She didn’t mean to break up two marriages but “you can’t help who you fall in love with.”

Tori feels some paparazzi cross boundaries by taking pictures of her children. Speaking of children, Brooke asks why she included the children in the filming. Tori wants to be honest with them and wants them to watch the show when they are older and she will talk with them about it so they will see what their family made it through. The kids had fun and don’t have any problem with the cameras.

The next question for Tori was why she never asked Dean if there were more women as it seems like the obvious question and one that everyone wonders why she never asked. Tori explains that she was scared to find out the truth and she wanted to protect herself. She needed to get through this and be stronger first. Tonight, however, she is prepared to ask him about other women. Brooke thanks Tori for her honesty and shares that she’ll be meeting with Dean and asking some tough questions before they all meet together.

Dean says the experience was humbling, yet horrific. He is asked why he allowed cameras in and he basically felt he deserved. Dean then watched scenes from the season. Dean admits he was not thinking. Brooke tells him that he seemed to make Tori fearful when he would respond during therapy in an aggressive way. Brooke asks if his reactions were fake and he was acting in a way to get Tori to react in a certain way, but Dean shares his reactions were real and honest. He explains that the hardest time was when Tori finally decided to let him have it and he realized all he had to lose. Dean explains that depression, less sex, and his addictions all contributed to him having an affair. He says he is sober, in love with his wife and children and he can only speak for the now, but will not cheat on his wife. He realizes that he has to control his actions better. Brooke asks how he would have felt if Tori cheated on him and he replies that he would be devastated. He admits he would forgive her. He says, You cannot turn off love. I love her.”

Tori’s friend Mehran says that he was initially against the show because it is such a private matter, but in the end he felt it was helpful for her. He says it was hard to see her so vulnerable. It was very hard to watch. He is happy that she has found her voice and thinks the show actually helped. He supports her as she is her best friend. Jess, Tori’s other friend, shares how difficult it has been seeing her friend go through this. Wolf says the hardest thing for him was seeing the distance build between he and Liam. He has a bond with Liam, but he wanted him to rebuild his relationship with his father and was upset when he thought Dean was not putting forth the effort. Jess believes if Dean puts in the work, they will succeed as a couple. Next, Tori and Dean will both come back to answer some tough questions.

Tori and Dean meet with Brooke. The scene where Tori is screaming that she has nothing left after scrapbooking and going through memories with the kids. Brooke asks what they think about that scene. Dean says seeing her that hurt and that expressive was very hard to watch. Tori says she sees that she used her voice finally. Brooke goes in with the question many have wondered about. Did the couple make this up for money? Tori says that she wishes it was made up, but it is not. Brooke asks why no one can find Emily Goodhand online and Dean explains that “people have their history erased all the time.” Dean shows off a new tattoo, the wedding vows Tori write for him is not permanently on his rib cage. Tori saw it for the first time.

Tori says she is happy that they did the show because she believes she may not have spoken up for herself otherwise. Dean says he doesn’t know where their relationship would be if it weren’t for the show. When asked how she can trust Dean again, Tori responds, “I don’t know…a lot of work.” She may forgive but will never forget. Tori admits that her fears were somewhat realized when Dean went away because it did create a bit of a wall and she spent time worrying more. It brought her back to a dark place. Tori decides not to answer whether or not they’ve been intimate since the affair.

Next, the couple reviews footage of their therapy sessions with Dr. Wexler. Brooke then meets with Dr. Wexler alone first. She shares that Tori was very meek in the beginning and Dean struggled in the beginning. They have both made a great deal of process. Dr. Wexler shares that Dean came to her one day telling her that he had a plan to hurt himself that day. She says it is too soon to tell whether or not they should stay together.

Tori comes out to meet Brooke alone and shares that she has had a change of heart and she does not want to ask the question about other women at this time. Brooke says she understands. Shortly after, Dean joins her. The couple takes a few questions from viewers. Dean says he is not a serial cheater. He says he was in a very bad place and made a horrible decision. Dean feels they will be happier now because they have worked through so many issues. Dean says he has learned many tools to use for communication. Tori doesn’t feel she is the reason for Dean’s divorce and does not believe she broke up his family, but shares that it is Dean who makes his own decisions and women who have been cheated on must stop blaming the other woman and put the responsibility on their man. She says she does not blame Emily Goodhand.

Dean wrote a song for Tori that he performs outside as a surprise in their backyard. She cries as he sings to her. Wonder if they’ll be shooting for a music career for Dean next? Tell us what you think CDLers? Was this reunion more fact or more fiction? Next week…True Tori Confessions and a promise of new footage that was not shared before, new confessions and more.