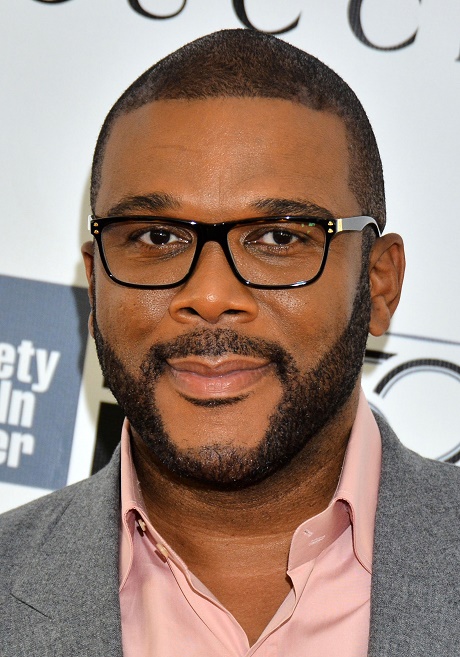 Tyler Perry is suing his alleged ex-lover, Joshua Sole, whom Tyler’s now referring to as an “ex-employee,” for a minimum of $100,000! Perry claims that his “ex-employee” (yep, they don’t call them “jobs” for nothin’) showed up at a studio where Perry was at and looked himself in a room refusing to leave until Perry spoke to him. The chief of security was apparently baffled as to how Sole was able to get into the studio. It reportedly took police more than four hours to get Sole into custody.

The scorned ex was then taken to Fulton County jail last Friday and booked. Perry is now asking for a restraining order that would require Sole to stay more than 500 feet away from him. It doesn’t end there. Perry also wants Sole to undergo a psychological evaluation and receive treatment as well as pay Perry a minimum of $100 thousand dollars! The lawsuit doesn’t state the capacity in which sole was employed—perhaps because it might have been awkward to list “secret lover” as a job title.

Odd that Tyler Perry would pursue financial remedy for a stalker situation, but he believes that he is entitled to the money because of the “discomfort and annoyance caused by the diminished value of peaceful enjoyment” he now has to endure. From what we can tell, however, there was only one incident between the two at the alleged location where Sole reportedly trespassed in order to talk with Perry. Reports did not specify what Sole wanted to talk with Perry about, but we doubt it was “work related.”

The lawsuit does claim that Josh Sole has been “stubbornly litigious, or acted in bad faith, or caused the plaintiff unnecessary trouble and expense” reports The Atlanta Journal Constitution. Perry also wants to be compensated for his attorney fees to the tune of $25,000. The courts didn’t consider Sole dangerous as Perry did, and allowed him to be released on a $7,000 bond. I think the only danger here is that Sole may expose Perry’s sexual preference. Did we mention that Sole is a very attractive gay male?

CDL wasn’t prepared to stop here. We did some more digging and uncovered a comment by a scorned ex of Sole’s who had some pretty bad things to say about him—all seem to support the fact that Perry may have gotten taken in the relationship and now wants his retribution. Check out the posting that CDL sleuths dug up from ExperienceProject.com:

“I’m Aight With Being Black And Gay
I am a strong minded gay black man who likes men that have stability. It doesn’t matter what ethnic background they are because in every race there is low-life individuals. I dated this bro in Atlanta for a few months, his name is Josh Sole, and this bro was whack. He is totally twisted. He cheated on me several times with other gay men and girls too. The only reason he will get at you is to use his so-called good looks then get that a** of yours. Be aware he is a predator that preys on gay men and very young girls. The bro will suck you dry. So all gay men should check who they with because someone like Josh Sole makes the human race a disgrace.”

“Jack the Stripper, played by Josh Sole, is actually a gay bro. Met his boyfriend, Chris, a few times. His boyfriend has $$$$$. Josh Sole is a predator on gay men and will stiff you any chance he gets bro.”

AND on the “Whoscammedme.com” site, someone posted this about Perry’s purported lover:

“Josh Sole from Denver, CO who currently resides in Atlanta, GA is a scammer. He has many kids from different women and now is prowling on gay men in the area. He uses both gay men and women for his self needs. He prods around being a model/actor but beware of his selfish needs. He owes many money, he lies, cheats, is a deadbeat dad, believe the world owes him and has mental issues.”

What do you make of all this Tyler Perry/Joshua Soles lawsuit? Leave your thoughts in the comments section below and feel free to help us sort out this gossip!