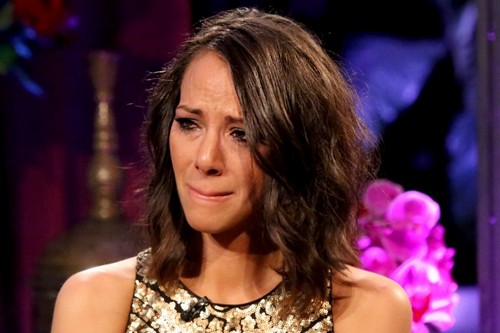 Tonight on Bravo VANDERPUMP RULES continues with a new episode called, “Reunion Part 2.”   On tonight’s episode the reunion show concludes. Did you watch last week’s show?  We did and we recapped it right here for you.

On last week’s episode Andy Cohen brought Lisa Vanderpump and her sexy staff together at SUR for the first time since the shocking season finale. Stassi faced off against Kristen, Tom made a surprise revelation about his relationship with Ariana, and Jax and Tom confronted each other for the first time since their fight. Andy uncovered who’s been dumped, who’s sleeping with whom, and who might be leaving SUR for good.

On tonight’s show in part two of the Vanderpump Rules Reunion, the SUR staff open up to Andy Cohen about why Kristen slept with Jax, why Jax has no remorse towards his old friend Tom, and whether Stassi can overcome the hurt and betrayal. Nothing has been the same since the explosive finale, and Lisa reveals how she’s been keeping it together at SUR, where old friendships and couples have split, and as always new, even more controversial alliances and romances have taken their place.

Tonight’s episode is going to be another drama packed one, which you won’t want to miss. So be sure to tune in for our live coverage of Bravos’ Vanderpump Rules Season 2 reunion show part 2 — tonight at 10PM EST! While you wait for our recap, hit the comments and let us know how excited you are about the new episode of VR tonight and check out the sneak peek video below of tonight’s episode!

Tonight’s special Vanderpump Rules Reunion Part 2 opens with Scheana freaking out on Stassi and accusing her of being a bad friend. Stassi was with her the night she fell and broke her tooth, and blood was gushing from her mouth, and she says Stassi didn’t even care.

Kristen interrupts Stassi and Scheana to ask Tom and Ariana to stop holding hands because it is making her uncomfortable. Tom thinks that Kristen seriously has Borderline Personality Disorder. He thinks she needs to get professional help.

Andy wants to “switch gears” and discuss when Jax got arrested. Jax says it was a complete misunderstanding, and had to do with his license being suspended. He doesn’t really remember the details though, because he has been arrested so many times.

Up next they discuss Scheana and Shay’s engagement. Scheana knew that he was going to propose soon, but she was surprised at how Shay, Stassi, and Pandora planned the proposal.

Andy brings up Jax’s cancer scare, and Lisa points out that he was just “playing the sympathy card.” It turns out that Stassi was right the whole time and it was a side effect of supplements he was taking.

It’s time to finally talk about the crazy twist this season, Jax and Kristen hooking up. Andy brings up when Stassi texted Jax from Kristen’s phone to try to catch him in a lie and see if they really had sex. Jax actually passed the test, and denied to Stassi that he hooked up with Kristen. It turns out that Kristen knew Stassi was going to take her phone, and had warned Jax ahead of time.

Tom calls Kristen out and asks her how she could have sex with Jax on their couch, while he was asleep in the other room. Kristen breaks down in tears and apologizes and cries and says that “has no excuse or justification.”

Tom curses out Jax and tells him that he has no integrity, and Lisa chimes in that Jax has “no loyalty.” Everyone starts talking about how horrible Jax is, and Kristen starts swearing at Ariana and telling her to “shut the f—k up.”

Andy asks Lisa why she still hasn’t fired Kristen from Sur, even Lady Gaga tweeted that Lisa should fire Kristen. Lisa explains that she feels loyal to Kristen because she has worked at Sur right now, and she is going through so much in her life right now, firing her would be like “kicking her while she is down.”

Tom points out that he thinks Stassi is “sick.” She got too much pleasure out of outing Jax and Kristen’s affair. He thinks Stassi attacked him and Kristen all Summer. Stassi bursts into tears, because she thinks Tom is attacking her. Stassi storms off the stage, and Lisa follows her. After Stassi storms off Scheana points out that the night that Stassi slapped Kristen, they were all in on it and knew that something was going to go down that night.

Stassi returns and calls Kristen out, she wants to know why she never apologized to her for sleeping with Jax. Kristen explains that there was nothing she could say to make it better. Stassi agrees, and declares that they will never be friends again.

Ariana says that Jax is “really f—d up” and it “blows her mind” that Jax acted like it wasn’t that serious.

Andy asks Kristen what made her finally admit to sleeping with Jax, and she claims that it was “eating away at her” and she had to finally admit the truth.

Andy asks Stassi if she will ever forgive Kristen, Stassi explains that she “has let it go.” But, she will never actually be friends with Kristen again.

Andy points out that during Season 2 Stassi had a few “moments of weakness” and almost took Jax back. Lisa confesses that she was rooting for Jax, because she thought they would always end up back together. Stassi doesn’t think that Jax is ever going to change.

The Sur staff has to rewatch the scene of Jax and Tom, when Jax tells Tom the details from when he slept with Kristen. Jax says it is true what he said in the video…he may have had sex with Kristen, twice, but he never kissed her. For some reason he thinks that kissing would have been way worse than having sex with her.

Lisa thinks that Jax should finally show some remorse, but Jax says that he could say he is sorry until he is blue in the face, and it won’t matter. Andy asks Jax why he was “such a d—k to Tom?” Lisa pressures Jax to apologize to Tom. Tom says that Lisa is “wasting her breath,” trying to make Jax apologize. Kristen points out to Jax that he is “just as big of a piece of s—t that she is.”

Andy asks Tom what made him punch Jax? Tom thinks that since Jax can’t “hurt emotionally” then he wanted to “hurt him physically.” Tom says he never would have punched Jax if he actually apologized and acted like he was sorry.

Before the reunion ends, Andy asks Jax, one last time, why he doesn’t feel any remorse for sleeping with his best friend’s girlfriend. Jax finally apologizes to Tom for having sex with Kristen. Jax breaks down and confesses that he thinks “there is something wrong with him” and he has been going to therapy to try to get to the bottom of his issues.

The rest of the Sur crew comes out and brings trays for drinks for the Vanderpump Rules cast to celebrate the end of the season.