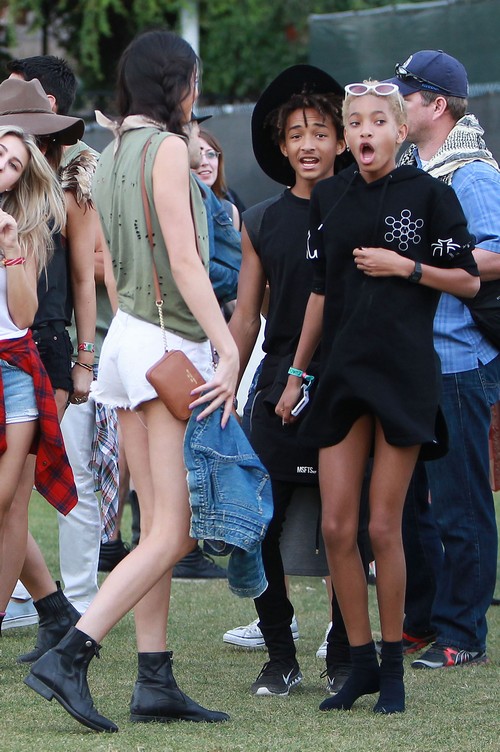 This is wrong on so many levels. Media Take-Out has somehow gotten a hold of a crystal clear and blatantly not photo-shopped photo of Willow Smith, the thirteen year old daughter of Jada Pinkett-Smith and Will Smith. In the photo on MTO Williow is lying in a small bed watching television… with a shirtless 20 year old man.

The shirtless 20 year old man in question is Disney Channel alum Moises Arias (AKA Rico on Hannah Montana). Some fans have taken to the comment section on MTO and complained that the site was reaching for news and Arias is friends with Willow’s older brother Jaden, so it is perfectly normal for her to lay in bed with him and watch television. Seriously? What kind of sick twisted world are we living in where it is normal for a thirteen year old to lay in bed with a half-naked 20 year old? Of course Willow was at Coachella this year with the Jenner sisters, Kylie and Kendall – and you know what that means, right?

This isn’t the first time Willow Smith has acted twice her age, she seems to be a thirty year old trapped in a thirteen year old’s body, and is wise beyond her years (or so she likes to pretend to be). But, at the end of the day Willow is just a child. And it is not okay for children to lay in bed with grown men- regardless of how they know each other. We get that Jada is living in her own liberal free-loving world as of late, but c’mon…control your kid!

Pretend we’re not dealing with a mega celebrity, and just average joes. What would you say if you found out your thirteen year old daughter was lying in bed with a shirtless twenty year old man? One can only cringe when they imagine what Willow is going to be like when she is 16 or 17… 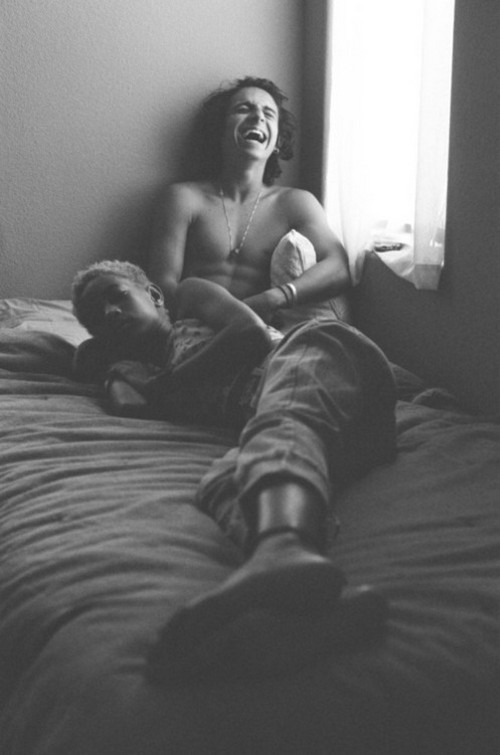