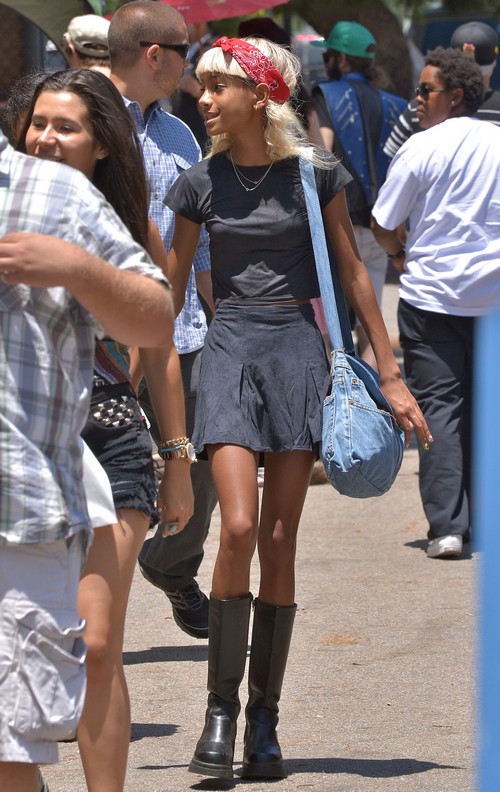 My first impression when I saw Willow Smith’s new video was “seriously what were her parents thinking – are they trying to be Kris Jenner?” I mean a 12-year-old should not be sexualized in a video, it’s just wrong and it’s gross.

‘Whip my hair’ was different because it was A) not sexualized, and B) insanely fun. It was goofy and Willow knew exactly what she was doing – at least, I hope she realized that it was practically a parody and not ‘art’. But with ‘Summer Fling’ – well, firstly, you look at the title. We’re talking about a summer fling. Why is a 12-year-old singing about a summer fling? Secondly, the music video, while not overtly sexualized per say, is still very, very risqué for a young teenage girl. Heck, it would be inappropriate for a fifteen year old girl, much less a twelve year old.

Anyway, Will Smith apparently agrees with my assessment. A new report from the National Enquirer states that Will is furious that Jada Pinkett allowed Willow to film this music video. A source tells the Enquirer, “Jada gave the project the green light — and now dad is furious! He’s fit to be tied and almost had a heart attack the first time he saw the video.” The source adds, “Will lashed out at Jada, saying, ‘How could you let my little baby do this?’”

If this story is true, then I actually agree with Will for once. However, Will’s famously been very easygoing with his children, and he’s admitted in the past that he lets them make their own business decisions. So it might have even been Willow’s choice.

What do you guys think about Willow’s music video? Do you think it was inappropriate for a 12-year-old, or are people overreacting? Let us know your thoughts in the comments.