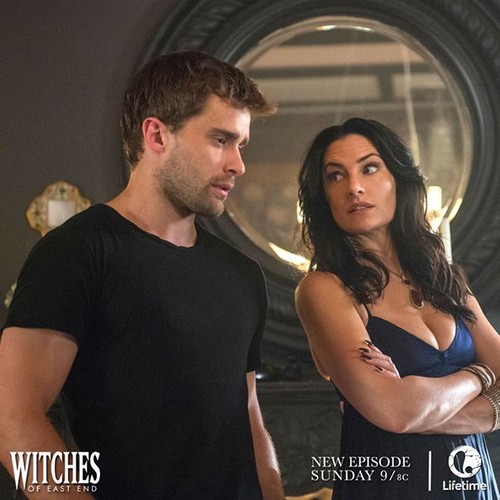 On last week’s episode Freya and Frederick celebrated a milestone birthday; Tarkoff put pressure on Frederick to get things done; Ingrid and Dash grow closer; Tommy got a surprise from Wendy; Joanna faced one of her worst fears.  Did you watch last week’s episode?  If you missed it and you want to catch up before tonight’s episode you can read our full and detailed recap, right here for you.

Sadly, Fredrick couldn’t go through with his plans for Caroline. What ended up stopping him was his change of heart. It seems not even could be that indifferent to possessing someone after they had already admitted to loving them.

But Tarkoff had grown tired of Fredrick disappointing him. He wanted his king back and Fredrick’s constant change of allegiance was honestly getting tiresome. So he later taught the young man an important lesson with his fists. And afterwards a brutalized Fredrick went to his mother for help. Something he should have done from the very beginning.

Fredrick told his mother nearly everything Tarkoff had been up to. The only part he left out was his own involvement.

Fredrick then told his family that Tarkoff was too powerful to destroy on his own but someone like his mother, the all-powerful Joanna, could easily do the job. So Joanna, who has up to this point always strived to stay away from killing people, went through her old boxes. And she found something that could take care of Tarkoff just not the way Fredrick had hoped.

Instead of killing the wizard – the scorpions Joanna dug up will only knock him out. Because, unlike her son, Joanna first thought upon hearing about Tarkoff’s betrayal isn’t to kill him. No, she much prefers having answers. Such as what is the end goal?

But before they could do that they had to find out where Tarkoff was hiding. And that’s where Freya comes in. Freya and Fredrick can use their special twin connection to find Tarkoff. Luckily, they can astro-project themselves. So while they could see Tarkoff – he couldn’t see them.

Yet when they did manage to catch up to Tarkoff – they soon learned he had a prisoner. Tarkoff had taken Wendy’s Tommy. Tommy is both a human and aware of magic now thanks to Wendy so Tarkoff assumed the other man would be the perfect host for his king. And after testing it – he was proved right. Though it was him discussing his plans (out loud mind you like a mad man) that Freya realized her brother was up to more than he had originally claimed.

The twins returned to the house and it took barely a minute for Freya before she ran and told her aunt and mother about Fredrick. Afterwards, they had all felt so betrayed by him that no one wanted to give Fredrick a fair hearing. Which was unfortunate. Especially, because for once in his life – Fredrick was actually trying to do the right thing. Though the ladies didn’t want to take the risk of believing him. Therefore Joanna chose to poison her own son with one of the scorpions rather than stick around to listen to what she assumed was even more lies.

Joanna and Wendy went hunting for Tarkoff. And as for the girls – they got caught up trying to deal with the Gardiner brothers. Ingrid just made a connection between Dash and his late grandfather (another man she knew intimately). The two men equally brought her in on one of their schemes and both cases involved covering up a murder. So she was attempting to get Dash back on the right footing when Tarkoff knocked her out.

And Freya had finally revealed Eva’s true nature to Killian but she wasn’t afforded the chance to stick around and help Killian through it because Tarkoff had got to her too!

Eva it seems was born human and it was only after meeting a warlock that she figured out how to live forever with powers. As long as she got pregnant with a warlock’s child before her previous child dies – she got to be immortal. But as much she tried – she simply couldn’t get pregnant by Killian. So she eventually aged and died.

Without Freya, Killian later went to his brother for some support. He probably thought Dash was the only person he could count on. But he was wrong and so Dash fessed up to the things he did to Killian after his failed wedding. He was telling his brother that he didn’t mean to kill him yet Killian was able to see through that.

It was one thing to knock him out and it was quite another to send him adrift.

So the brothers fought it out in true magical style. They wanted to hurt someone and it was easier for them to hurt each other. And as for the girls that abruptly went missing – they were put on the backburner. Sort of like they were forgotten by all.

Tarkoff showed up at the house looking for Fredrick. He needed his help for the second part in bringing back the king but Fredrick surprised attacked him. And as it turns out that was the best way to rid yourself of a telepath. Fredrick was able to kill Tarkoff and yet prior to his death – Tarkoff still one more thing up his sleeve. He told Fredrick with his dying breath to go look in the garden.

When Fredrick did go look – he saw his sisters both hanging from the tree. Tarkoff was never going to use them as a bargaining chip!