WWE: Hulk Hogan Should Shut Up About Brock Lesnar – Before He Gets a Beating – Will They Shoot Fight? 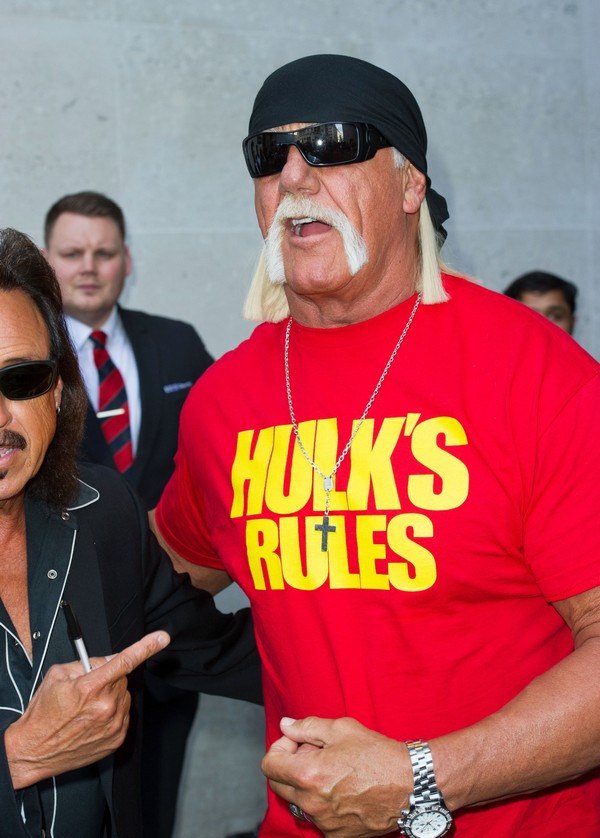 Brock Lesnar came out on an episode of Raw just before SummerSlam in the middle of a reunion for Hulk Hogan’s birthday. That much of the show was clearly planned, but a comment that Brock made was apparently not part of the Hogan approved script. True to his heel persona, Brock Lesnar uttered, “Party’s over, grandpa.” As funny as that seems, it was not funny to Hulk Hogan.

Now Hogan is out cutting virtual promos on the slight and making it sound very much like a shoot. It almost seems as though Hogan is aching for a fight. Now, in the pro wrestling world, there are all kinds of fights. If Hogan is hunting for one last in ring fiasco, he is nuts. If he is looking for a shoot fight….well then he is simply delusional.

In no way should Hulk Hogan step into any fight with Brock Lesnar, scripted or otherwise.

Brock Lesnar is not the compassionate young fighters that has oodles of respect for the older generation. This man is a legitimate tough guy.

What in the world is Hogan thinking? If in fact it is an angle for another match, what the hell is WWE thinking? Do they not realize the massive amount of backlash they would get if Hogan was to get in the ring with this guy? Surely it is not a match.

If Hogan is simply mouthing off at the Beast, then someone honestly needs to pull the Hulkster aside and explain basic life principles to him. Brock Lesnar would wipe the floor with Hogan. Hogan is not at the right age or physical fitness level to still be competing. In his time, I would have put him up against anyone….shoot or otherwise. Now? He needs to remove himself from the dangerous men of the sport.

Guys like Brock Lesnar are not built to sell. They are built to deliver lots of punishment. After what Brock did to a still young John Cena at SummerSlam (Scripted or not), it would be impossible to then put him in the ring and it be remotely believable. I find it hard to believe that Brock would ever even go there. I seriously doubt it if only because of the fact that he would have to look weak to keep from killing the guy.

Looking weak is not in Brock’s blood.

What do all you Hogan fans think? Do you guys really think the Hulkster could Hulk up one final time and take on the Beast?