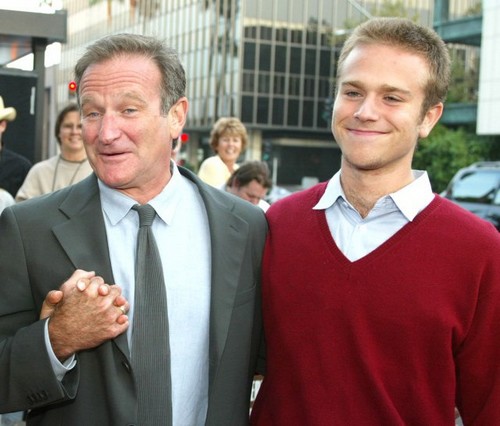 Zachary ‘Zak’ Pym Williams is the first child and eldest son of actor and comedian Robin Williams. He was born to Williams and his first wife, Valerie Velardi. Less is known about Williams’ first wife and too many current fans, despite them being married nearly 10 years. She was very active in the early days of Williams’ career and was into comedy herself. Their son, Zak, was very young when the two split but Robin was never shy about his love for his son, often giving public praise and adoration. Zak expresses how close he is to his dad as well, both before and after his death.

Of all the family members of Williams, Zak has had less time in the public light when compared to some of the others. He and his mother remained private, possible due the circumstances of the divorce and the fact that Robin struggled heavily with addictions and drugs while married to Zak’s mother. However, the relationship between father and son seemed quite close. He said after his death that the world was a little grayer without his father in it. We have to say that we agree.

Zak had a very close relationship with his father, calling him his best friend. Despite the loss of his father, Zak has shown a great deal of strength for his family. His father would have been proud but likely not surprised since Zak has always been that way. Zak stayed very close with Robin over the years and it is clear from his statements that he loved him beyond measure.

His full name is Zachary Pym Williams, although he has always gone by Zak.

He is the oldest of Robin Williams’ three children, born in 1983, and 31 years old at the time of his father’s death. It is hard to imagine how someone would react to losing their father at such a young age, but Zak is facing it like a trooper. His three kids all were clearly close to their dad and that is a tribute to both Williams and his wives.

His dad later married Zak’s live-in nanny, Marsha Garces (in 1989) and had two children, Zak’s half brother and sister, Cody and Zelda. There was some controversy and scandal around this part of their lives but all these years later, everyone seems to have worked past it and the siblings and family appeared very close.

Zak has been on Twitter since 2009 as @zakwilliams. After his father passed away, he made it clear that silence was only out of privacy and that he loved his fans. Zak has been a powerful strength in the face of a horrific loss. This is to be expected when you have a father with as much fame and recognition as Robin Williams. We are very sorry for the loss and wish him the very best in his future. All three of Robin Williams’ children issued public statements after his death, expressing their sadness and their love for their father.