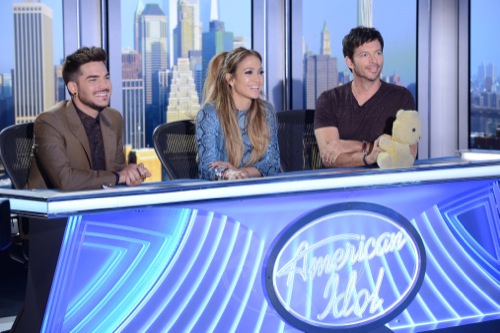 It’s another exciting night of American Idol on FOX with an all new Thursday January 14, season 14 Episode 3 called “Auditions #3” and we have your weekly recap below. On tonight’s episode, auditions are held in Kansas City, Mo.

On the last episode, everyone’s favorite singing competition continued with auditions to find those who had what it takes to become the next American Idol. Did you watch the season 14 premiere episode 1? If you missed it, we have a full and detailed recap right here for you.

On tonight’s episode as per the FOX synopsis “the search for a superstar continues onto it’s third part, find out who get’s a chance at becoming the next American Idol.”

Tonight’s episode of American Idol kicks off with another round of auditions in Kansas City. Jennifer Lopez, Keith Urban, and Harry Connick Jr. take their seats and their first singer arrives. Big Ron AKA Big Sexy arrives and announces he is singing Marvin Gay’s “Let’s Get It On” to J-Lo. Jennifer screams that she “loved it,” and Keith and Harry joke that they might as well leave. Harry says that Big Ron had “a lot of showmanship going on.” Jennifer argues that they didn’t even listen to Big Ron. Keith announces that it is a “yes,” and Harry and Jennifer agree – and they give Big Ron a Golden Ticket to Hollywood.

Next in Kansas City, New Yorker Ian Subsara sings his heart out for the Idol judges. They are blown away by how high his voice is. Harry says that his singing is entertaining “but it is not right for the show.” J-Lo and Keith agree – and they inform Ian that he is not going to Hollywood. 23 year old Casey Thrasher made it to Hollywood last season and was eliminated – but he came back to audition again and the judges decided to give him another shot and another Golden Ticket.

The next singer to audition is a free spirit named Joey Cook – who has brought along an accordion to play as well while she sings “King Of Spain.” The judges are intrigued by her style and voice and give her a round of applause when she is done. After a few horrible jokes about “squeeze boxes” and “voice boxes,” the judges rave about how wonderful her performance was. They all vote “yes,” and give Joey her Golden Ticket to Hollywood.

After turning away a slew of wanna-be country singers, Alexis Gomez auditions for the American Idol judges and sings “Little White Church.” Keith says that he “likes her voice but he doesn’t think that it is fully realized yet.” Jennifer says that she is “beautiful and the full package.” Harry agrees that it was “good, but it wasn’t spectacular.” Keith votes “no,” and Jennifer votes “yes.” So, it is up to Harry Connick Jr. to break the tie – he shocks everyone and gives Alexis a Golden Ticket to Hollywood.

19 year old Anton Bushner arrives to audition for the American Idol judges next. Keith Urban is his idol so he decides to sing a Keith Urban song, “Alone In The House.” Jennifer gushes that Anton is “like a real cowboy.” Harry announces that he “absolutely loves Anton and everything about him.” Jennifer, Keith, and Harry all vote “yes,” and give Anton a Golden Ticket to Hollywood.

15 year old St. Louis native Ashley is the next contestant to sing for the American Idol judges, with a rendition of “If I Got You,” by Alicia Keys. She brings her deaf father inside the room with her – because he recently got a state-of-the-art hearing aid and can finally hear her sing. The judges say her voice is pretty, but it is “off key.” Harry tells her that unfortunately she is “not ready for the competition.” Ashley begs for another chance, but the judges all vote “no,” and send her home without a Golden Ticket.

The next American Idol wanna-be to audition for Jennifer, Keith, and Harry is Ellen Peterson with her banjo. She informs the judges that she is going to sing “I Wanna Be A Cowboy Sweetheart.” The judges are impressed, Harry says that it “made hi proud to be from this great land.” Keith agrees that Ellen “is a pro.” Jennifer says that she loved everything Ellen did and the sound of her voice. All three judges vote “yes,” and give her a Golden Ticket to Hollywood. Then, Keith and Harry sing the Beverly Hillbillies theme song with Ellen while she plays her banjo.

New Yorker and traveling musician Kohlton Pascal auditions next for the American Idol judges and sings an original song he wrote called “Sitting Right Beside Me.” Harry says that Kohlton is “terrific,” but he is concerned that American Idol will take him out of his comfort zone. Jennifer agrees that Kohlton is “interesting and Captivating” but she isn’t sure if America will think he is too dark or depressing. Keith agrees that he “loves the sound of his voice,” but he isn’t sure Kohlton will make it very far in the competition. Keith, Harry, and Jennifer all vote “yes” and give him his Golden Ticket to Hollywood.