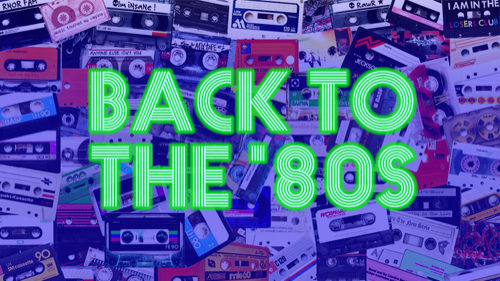 It’s another exciting night of AMERICAN IDOL on FOX with an all new Wednesday March 5, season 14 Episode 18 called “Top 9 Perform” and we have your weekly recap below. On tonight’s episode, the top 9 vocalists perform.

Tonight’s episode of American Idol kicks off with host Ryan Seacrest taking the Idol stage, he introduces the judges: Jennifer Lopez, Harry Connick JR, and Keith Urban. Tonight the Top 11 singers will be performing 80’s songs – and at the end of the episode there will be a double elimination. Special guest David Hassellhoff joins Ryan Seacrest on stage and delivers the envelope with the results from America’s votes and then he performs a medley of hit 80’s songs for the audience. Next the Top 11 singers takes the Idol stage and performs “Karma Chameleon with special guest 80’s star Boy George.”

The first person who has made it through to the Top 9 is Daniel Seavey, Daniel takes the Idol stage and performs “You Make My Dreams” by Hall and Oates. After his 80’s rendition Keith Urban kicks off the critiques with, “You know what is interesting is you look so good on camera, but the one thing that happens when you are 15 is the experience isn’t there yet. I a glad you are still here, but I think you need to get more comfortable quicker.” Jennifer agrees, “You did really well, obviously the audience loves you, once you start having fun everyone gets in to it. Like Keith said you have to get more comfortable.” Harry adds, “My word of advice to you is take the choreography and throw it away. Just have fun. Go out and have a good time. Get out there and screw around and have fun – act like you are having a blast.”

The next singer that is safe tonight is Quentin Alexander, Quentin performs “In The Air Tonight” by Phil Collins. Jennifer Lopez gushes, “That performance, your cool factor was on a 1,000. The whole thing, for me it really really works. Every time you take a song and make it yours, for me it is a home run.” Harry agrees, “You dig about as deeply as you can in to those lyrics. It’s always fun to see how you interpret them. But, looking back, 5 of the 6 songs you have done were slow songs. It would be nice at some pont so hear something more up tempo.” Keith comments, “That was a killer song choice for you, when you went up to the octave I was like oh here we go! You have so much artistry Quentin, really good man.”

Joey Cook is the next singer to take the Idol stage, and she is safe this week. For 80’s night Joey performs “Girls Just Want To Have Fun” by Cyndi Lauper. Idol judge Harry kicks off the critiques and says, “You seemed distracted tonight, like something was sort of holding you back. I’m not going to ask you what is going on, but I definitely felt that something was on your mind. I thought it was good but it wasn’t the Joey that we have come to know.” Keith adds, “What I did love was I just kept imagining my wife at home with our two girls dancing through the livingroom through the whole performance.” Jennifer adds, “In theory it was a perfect song for you, but you just couldn’t find your groove. You fit the image, but you just didn’t fit the song so much.”

Up next is Tyanna Jones, for 80’s night she sings “I Wanna Dance With Somebody Who Loves Me.” Keith Urban comments, “I think it was great, the mentoring that Boy George did. If anyone can take on a Whitney song, it is you Tyanna. When you sing that good, you could have just been smiling and having fun the whole time. You sing so good.” Jennifer adds, “You can’t get in your head, you aren’t going to be perfect all of the time and no one expects you to. Just come out here and do your thing.” Harry comments, “I like watching performances where the singer is in the driving seat, and you are always in the drivers seat. Don’t get complacent though, you still gotta come out here and fight for it and jump around.”

The next singer in the Top 9 is Jax, she takes the stage and performs 80’s song “You Give Love A Bad Name” by Bon Jovi. Jennifer Lopez kicks off the critiques, “You are giving us all that 80’s attitude tonight and I am loving it. That was the Jax that we first fell in love with. In the middle, you got a little lost in the middle – but for me you ended it really strong. I was loving it.” Harry comments, “I think your originality is what brought you here, and your intrigue is what kept you here. If you had played the whole thing on the piano, for me it would have been stronger. You were swimming in a lot of sound, but I liked the beginning and the end.” Keith adds, “If you ever feel like you are being dwarfed by all of the sound – get down in the range. It just felt like it wasn’t put together right, but I loved what I did see in there. You are going to go a long way.”

The next American Idol contestant to take the stage is Nick Fradiani, he performs the popular 80’s song “Man In The Mirror” by Michael Jackson. Harry kicks off the critiques with, “So Nick, first of all that was an absolute perfect song choice and a fantastic vocal. I thought it was great. I figured you out though, everyone says how hot you are, what is fascinating about you is your humility.” Keith agrees, “You got the million dollar smile, you just smile through the whole song – and that would help you loosen up. Sometimes you look like you are meeting your girlfriend’s dad for the first time.” Jennifer adds, “You got caught up in the lyrics in the song and started feeling the music and it became exactly what it was supposed to be and that is where you need to be every time.” After Nick Fradianis performance, Ryan Seacrest has a special treat for fans, Salt-n-Pepa takes the stage and performs their hit song from 1987, “Push It.”

According to America’s votes, the next singer to make it through to the Top 9 is Clark Beckham. Clark takes the American Idol stage and he performs “Every Breath You Take” by The Police. Keith Urban kicks off the critiques, “Beautiful Clarke! It was really good, what was great about it is it really showed a heart side of you that I haven’t felt before. It was beautiful, you brought the melody and melancholy in a way that I never felt before.” Jennifer adds, “It felt really good, I got gooseys. It was really beautiful, it showcased your voice. I think everybody felt that across America tonight.” Harry comments, “I have good news and bad news. The bad news is this group is really dynamic and runs and jumps all over the stage. The good news is, you don’t have to do any of it, you just stand there and sing and you are going to be all right.”

Qaasim Middleton is the next contestant to take the American Idol stage, he sings “Addicted To Love” by Robert Palmer. After Qaasim’s performance Jennifer gushes, “I love that, I love seeing you a little bit more reserved. It was just you singing the song, at the end of the day you are a really good vocalist.” Harry comments, “Everyone in America who has seen you can tell you that your greatest strength was your ability to perform. Now was your opportunity to just stand there and be sexy, now you can go back to the other stuff.” Keith comments, “It was really good and really good quality. I hope if you are here next week I get to see you sing something else that makes you vulnerable, because I think you have a really good heart.”

There is only one spot remaining in the Top 9, and three singers left: Rayvon Owen, Maddie Walker, and Adonna. After the nationwide vote, Rayvon Owen is officially in the Top 9. That means that Maddie Walker and Adonna are officially eliminated. Rayvon takes the American Idol stage and sings “Everyone Wants To Rule The World,” by Tears For Fears. After his performance Harry comments, “What has been lacking for e is a strong interpretation, I thought this was more of one of your interpretive choices. I could do without the falsetto every single time. But, that was a very solid performance.” Keith agrees, “I think that was a very strong performance for you. I know you just got saved out of those three, but you got to ease into it more.” Jennifer adds, “We all have our strengths and we like to play to our strengths, I need you to have an open mind when you in the mentor room and hearing form those great singers and musicians.”