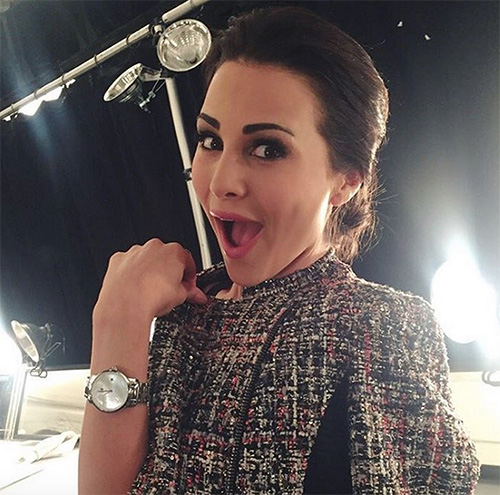 Former Bachelorette Andi Dorfman is busy promoting her book about her breakup from 2014 winner Josh Murray – and all we can do at this point is laugh. Andi Dorfman has rubbed Bachelor Nation the wrong way over the curse of the past year, mainly because it became very clear that she could care less about “finding love” or her fiancée Josh Murray – she had one agenda since joining The Bachelorette … to become famous.

After her split from Josh Murray, you would think that Andi Dorfman would have returned to her job as an attorney and gracefully bowed out of the limelight – instead she is doing everything possible to remain relevant. What is one to do when your fifteen minutes of fame are over and no one seems to care about you anymore? Write a tell-all book of course.

Andi Dorfman dished to E! News during New York Fashion Week that her book about her break-up from Josh Murray would be unveiled in Spring 2016. Andi dished to E!, “I have a book coming out in the spring, which I’m super excited about. It’s about my breakup, basically. It’s kind of the anti-self-help, how to get over a breakup. I basically did everything you could think of—good, bad, ugly, depressing, psycho—you name it, I did it, so this is kind of a book that talks about that.”

Really? It’s sad enough that Andi is exploiting Josh Murray, and making money off from their failed relationship. But, seriously, how is she in any position to give anyone advice on “how to get over a breakup.” Of course she got over her breakup from Josh; it’s really easy to get over somebody that you never truly cared about and were just using for your own greedy fame-hungry agenda.

Will you be buying Andi Dorfman’s breakup book? Will it be a total flop? Let us know what you think in the comments below!