Andi Dorfman Getting Back Together With Josh Murray: Jealous of Relationship With Ashley Iaconetti? 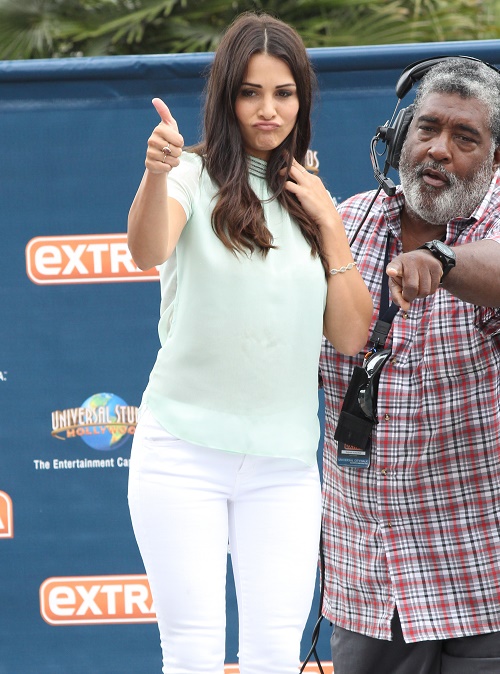 Former Bachelorette Andi Dorfman and her 2015 winner Josh Murray broke up in January 2015 and cancelled their wedding – but everyone is still buzzing about their sham of a relationship. Anyone who watched Season 10 of The Bachelorette or followed Andi and Josh’s engagement can tell you that Andi is desperate to stay relevant, and the last thing she wants to do is return to Georgia and go back to work and earn a living like a normal person. So, leave it to Andi to sell an interview to People Magazine on Josh Murray’s date with Ashley Iaconetti.

Ashley Iaconetti appeared on Chris Soules’s season of The Bachelor on ABC. After Chris eliminated Ashley I. and sent her home, Josh Murray apparently contacted her and asked her out on a date. Ashley I. rubbed a lot of people the wrong way with her diva behavior, but it sounds like Josh Murray likes that kind of thing, after all he put with Andi. Josh and Ashley Iaconetti met up for drinks and were photographed at a bar with friends sitting awfully close to each other – and even though they broke up three months ago, Andi Dorfman was reportedly furious.

The former Bachelorette wasn’t too furious to sit down with People Magazine and give them an exclusive interview on Josh and Ashley’s relationship though. Yes, you read that right – Andi Dorfman is now cashing in on Josh’s relationships with other girls. Of course, in her interview with People, Andi gushed about how wonderful her ex-fiance Josh Murray was – and insisted she just wanted Josh to be happy.

Of course. Andi Dorfman was asked if she thought she and Josh Murray might get back together and just to drum up some controversy, she teased, “never say never.” Please, Andi, we all know the odds of hell freezing over are greater than the odds of Josh getting back together with you.