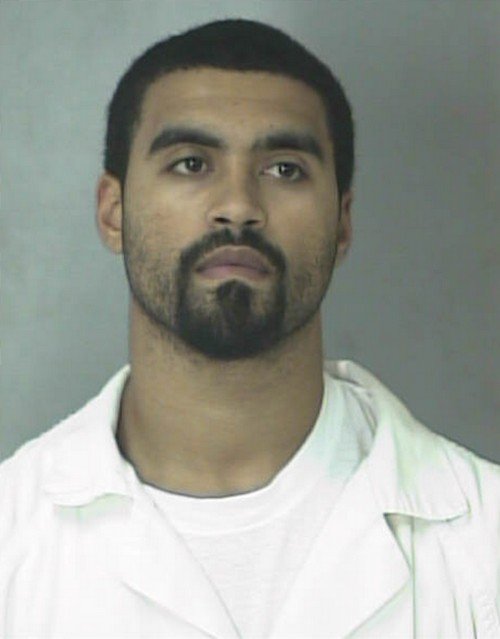 Apollo Nida has been hinting about a possible early release in a jailhouse letter recently and it turns out he was talking about moving from one facility to another, not getting out of jail entirely.

Nida was moved on from FMC Lexington in Kentucky to FCI Fort Dix in New Jersey. Reasons for the move are still unknown, but Apollo can look forward to a familiar face when fellow “Real Housewives” husband Joe Giudice shows up next year to pay his debt to society as well.

The interesting thing about this prison transfer is that now Apollo Nida will be serving his time alongside Joe Giudice. It must have been a huge stroke of luck or maybe even the influence of the Bravo network that brought the two reality stars together.

That should make both of their stays much more interesting and it’ll be handy when it comes time for interviews and meetings. The “Real Housewives of New Jersey” husband will start his 18-month plea deal punishment at Fort Dix in New Jersey as soon as his wife Teresa Giudice finishes up her 15-month stint at the Federal Correctional Facility in Danbury, Connecticut.

Unless Apollo has another trick up his sleeve, he and Joe Giudice may cross paths around the middle of 2016. Apollo is currently serving an 8-year sentence so, realistically, he should be around for Joe Giudice’s entire sentence.

Nida seems to know something we don’t, though, and he has mentioned being out real soon enough times that people are starting to wonder just how soon. When the rumors started that Apollo would be out soon, it was confirmed with the Bureau of Prisons that Nida’s release date had not changed.

Currently, the “Real Housewives of Atlanta” husband is still scheduled to stay behind bars until August 29, 2020. Apollo Nida has been very active in the media even behind bars. The “RHOA” husband has been giving interviews and responding to letters from fans.

The felonious reality star often talks about his release date like it’s right around the corner. Maybe that is because his new minimum security prison is a massive upgrade for the Kentucky facility he was transferred from – or could there be something else happening?