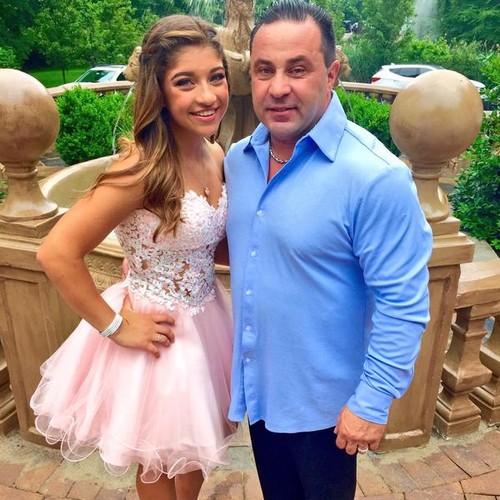 Are the Giudice’s headed for divorce? Joe Giudice says his wife Teresa Giudice barely speaks to him and really isn’t doing well in prison. Joe thinks Teresa has an easy job wiping down tables – but beyond that Joe has no clue what is going on in “The Real Housewives of New Jersey” star’s daily life behind bars.

In an exclusive interview with Entertainment Tonight Joe said that his wife pretends everything is okay but she is suffering. But Tre is putting up a fake front – what’s new? – for the couple’s four daughters. In the clip Joe says – with a stupid smirk on his face, “She’s holding up. I can’t say that she’s doing great but she looks good. She keeps her spirits up and tries to make us feel like she’s OK but she’s really not. She wants to be home.”

Teresa Giudice wants to come home to her family – who wouldn’t? But the old adage “Don’t do the crime if you can’t do the time” certainly applies here. And what has she got to come home to? It seems like it’s a huge mess. In a clip of the Bravo special about life as a Giudice – that will air on Sunday, October 11 – Milania Giudice is more out of control than ever.

Joe knows a little bit about Teresa does to keep busy in prison. She likes her job and she doesn’t want to change. He thinks Teresa makes about a dollar a day – or maybe it’s a dollar a month – Mr. Giudice isn’t really sure. Joe laughed it off when asked what the “RHONY” star does all day.

Apparently she works out, reads, eats, emails. “What else is she gonna do in there?” Must be nice – commit a boatload of felonies, get shipped off to a federal correctional facility and you get to work out, read and email to pass the time. Oh, and that job wiping down tables? Joe Giudice says it takes Tre about three minutes a day to get that back-breaking work done. 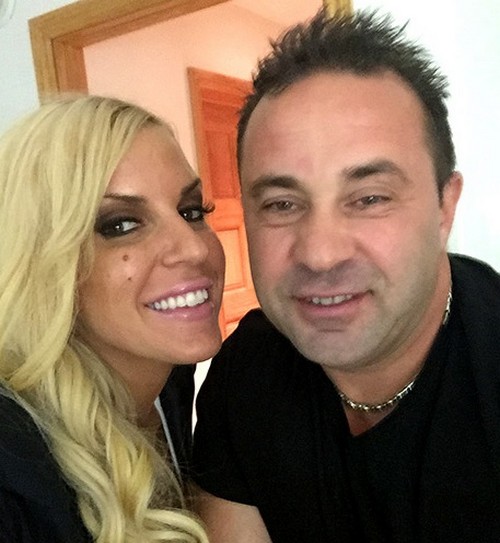 And if the rumors are true Tre will be coming home to a cheating husband – but that’s nothing new. Joe Giudice was a womanizer before his wife went off to prison. Just ask former friend and co-star Jacqueline Laurita who confronted Teresa Giudice about Joe’s adultery during a “RHONJ” reunion.

Something about Teresa finding Joe in his office with his secretary – or was it at their McMansion with the babysitter? It could have been both – who knows? And then there was the incident this past August when the cops had to be called to the couple’s Jersey shore home because Joe had locked his teenage daughter out of the house. Joe had been partying and didn’t want Gia to see what was going on.

The Giudices may be two ships that pass in the night – because once Tre gets sprung Joe will head in to serve his 41-month sentence. What’ll happen then? Speculation is that Mrs. Giudice will file for divorce from her adulterous husband – and then write a book or two about her marriage, the reality show, the trial, the prison time, etc., etc., etc.

Come back to CDL for updates on Teresa and Joe as well as all your celebrity news, gossip and rumors.